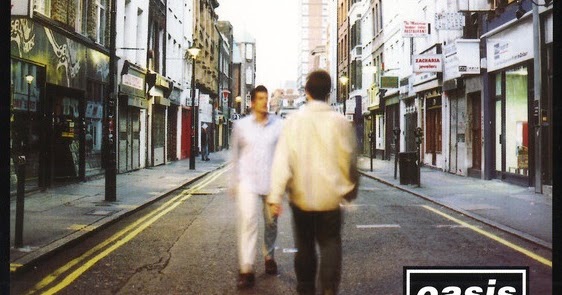 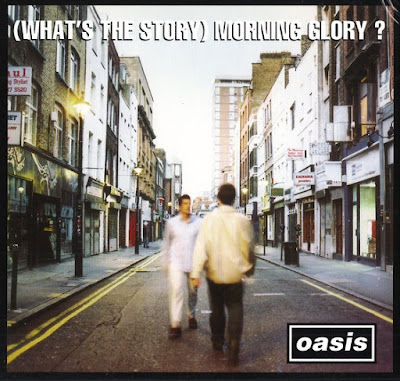 If Definitely Maybe was an unintentional concept album about wanting to be a rock & roll star, (What’s the Story) Morning Glory? is what happens after the dreams come true. Oasis turns in a relatively introspective second record, filled with big, gorgeous ballads instead of ripping rockers. Unlike Definitely Maybe, the production on Morning Glory is varied enough to handle the range in emotions; instead of drowning everything with amplifiers turned up to 12, there are strings, keyboards, and harmonicas. This expanded production helps give Noel Gallagher’s sweeping melodies an emotional resonance that he occasionally can’t convey lyrically. However, that is far from a fatal flaw; Gallagher’s lyrics work best in fragments, where the images catch in your mind and grow, thanks to the music. Gallagher may be guilty of some borrowing, or even plagiarism, but he uses the familiar riffs as building blocks. This is where his genius lies: He’s a thief and doesn’t have many original thoughts, but as a pop/rock melodicist he’s pretty much without peer. Likewise, as musicians, Oasis are hardly innovators, yet they have a majestic grandeur in their sound that makes ballads like “Wonderwall” or rockers like “Some Might Say” positively transcendent. Alan White does add authority to the rhythm section, but the most noticeable change is in Liam Gallagher. His voice sneered throughout Definitely Maybe, but on Morning Glory his singing has become more textured and skillful. He gives the lyric in the raging title track a hint of regret, is sympathetic on “Wonderwall,” defiant on “Some Might Say,” and humorous on “She’s Electric,” a bawdy rewrite of “Digsy’s Diner.” It might not have the immediate impact of Definitely Maybe, but Morning Glory is just as exciting and compulsively listenable. [In 2014, just a year shy

of its 20th anniversary, (What’s The Story) Morning Glory? received a super-deluxe reissue weighing in at three CDs. The first of the CDs features a remastered version of the original album, while the second CD rounds up nearly all the non-LP B-sides (a live 1995 “Live Forever” is missing), plus “Bonehead’s Bank Holiday” — a delightful, ragged novelty which was originally released only on the vinyl edition of Morning Glory — and a cover of “You’ve Got to Hide Your Love Away,” which appeared only on the Japanese “Some Might Say” single. This collection of flipsides is nearly as good as the proper album, and some of the songs should’ve made the proper album: “Talk Tonight” is Noel Gallagher’s best ballad, “Acquiesce” crystallizes the tension of the brothers Gallagher, “Step Out” is a wild reinvention of Stevie Wonder’s “Uptight (Everything Is Alright)” (which is why it was cut from the record at the last minute), “Round Are Way” belongs to the Ian Dury/Madness tradition — and it’d be enough to justify a re-purchase of the album, particularly for anybody who loves Morning Glory but never had the accompanying singles. Nevertheless, the third disc is the real treat for hardcore fans, as it has unheard demos of “Some Might Say,”http://oneman1001albums2.blogspot.com/”She’s Electric,”http://oneman1001albums2.blogspot.com/”Rockin’ Chair,” and “Hey Now,” along with live performances highlighted by an MTV Unplugged take on “Round Are Way” featuring Noel on vocals. Apart from an excised verse of a demo of “Bonehead’s Bank Holiday,” there are no great revelations but each cut is excellent, offering confirmation that Oasis were indeed in their imperial phase during Morning Glory.]

How to Rebuild a War-torn Middle Eastern City? Start with the Souk – Next City

Can I PROPHESY Somebody here?? Listen!… – Karabo Seelo Ministries