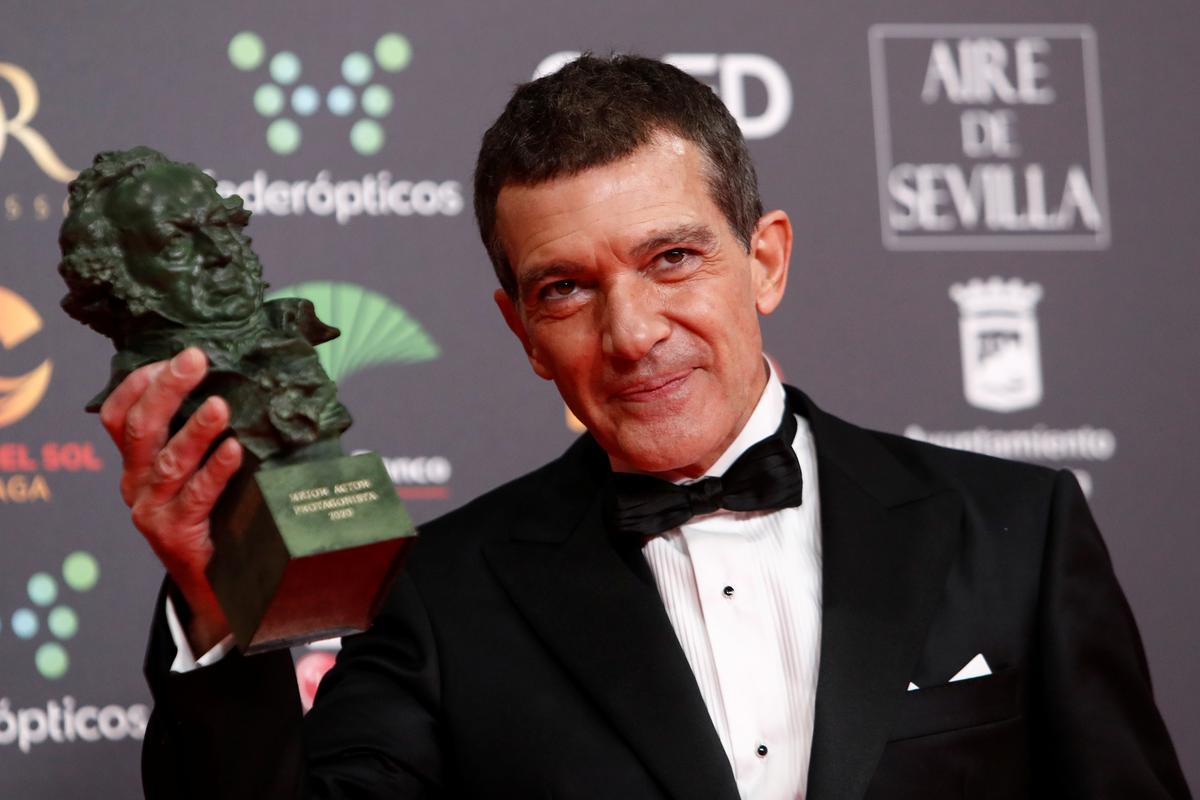 Actor Antonio Banderas poses with his award for “Best Actor” for the film “Dolor y gloria” (Pain and Glory) during a photocall at the Spanish Film Academy’s Goya Awards ceremony in Malaga, Spain, January 25, 2020. REUTERS/Jon Nazca

Banderas, who first collaborated with Almodovar in 1982’s “Labyrinth of Passion”, thanked the director for their nearly 40 years of collaboration.

“I have learnt so much from you, not only about art but about life…I’ve done my best work with you,” Banderas said while collecting the award, adding he hoped the pair would continue to work together in the future.

The win puts “Pain and Glory”, about an aging film director, as a strong favorite for the best international feature film Oscar, while Banderas will go up against actors including Joaquin Phoenix and Leonardo DiCaprio in the best actor category at the ceremony held in Los Angeles on February 9.

Penelope Cruz, who also stars in Almodovar’s film, lost out in the race for best actress, which went to Belen Cuesta for “The Endless Trench”.

The ceremony was attended by Spanish political as well as acting royalty – Prime Minister Pedro Sanchez was in the audience and was singled out several times by presenters and winners – including Almodovar – who urged him to do more to protect culture and cinema in Spain.

One of the surprises of the night was the award for best new actress, which went to 84-year-old Benedicta Sanchez for her first ever role in Oliver Laxe’s Galician-language “Fire Will Come”. Sanchez thanked her daughter for taking her to the audition.

Shepherds, Angels, and a Manger — a Christmas Story