Elite athletes spend years fine tuning their bodies in preparation for an Olympic Games with elaborate training and diet plans.

But sometimes it’s best to go back to basics. Training in your garden shed with heaters kind of basic.

That’s according to Scottish marathon runner Callum Hawkins, who is doing everything possible to prepare his body for the hot and humid conditions in Japan this summer.

“We had a couple of bad winters where sometimes it was too icy to go out and get good quality sessions. So we thought we’d put up a shed with a treadmill to help me train. We did a bit in the heat chamber and thought we could replicate it instead.”

The warm weather is expected to be a big talking point at Tokyo, where temperatures regularly reach 35C and humidity hits 80% in summer.

The Olympic marathon and race walk events have already been moved more than 500 miles north from Tokyo to Sapporo to reduce the impact of heat on the athletes.

Regardless of the location, the 27-year-old from Elderslie is planning for all eventualities.

“Looking at the history of Sapporo weather, I don’t think it will make too much of a difference – it’s been similar to Tokyo. I’ve just got to go out there, I’ll be on the start line and give it 100%.

“It can be pretty monotonous in the shed and the crippling heat can be quite tough. But it’s just about getting through it and that’s what makes champions.” 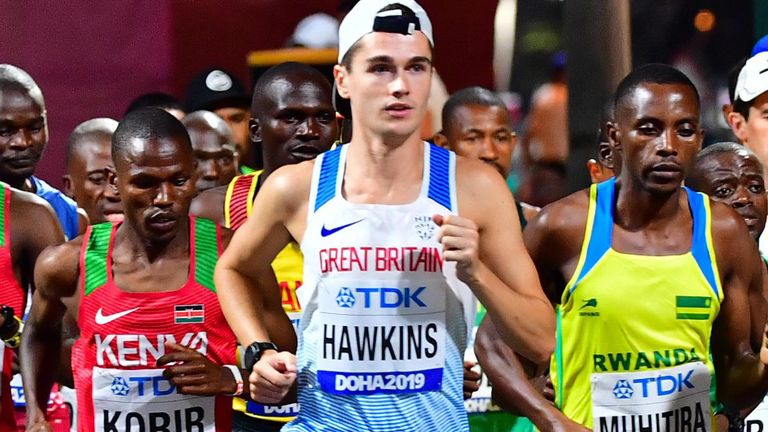 Image:
Callum came fourth at the 2019 World Championships in Doha

A champion is what Hawkins hopes to become at Tokyo, improving on the 9th place he achieved at his debut Games at Rio 2016.

Since then, he has come agonisingly close to a podium finish on more than one occasion.

out on a medal by just six seconds.

“I still talk to myself if I could have done more or not taught myself a bit more. But it’s about passion, it’s about moving on, it’s about Tokyo from here on in.

Despite missing out on a medal, Hawkins’ performance in the extreme heat and humidity in Doha last October is all the more remarkable.

What keeps him motivated for the Olympics, he says, is the fact he’s no stranger to the impact of heat exhaustion on an endurance runner. 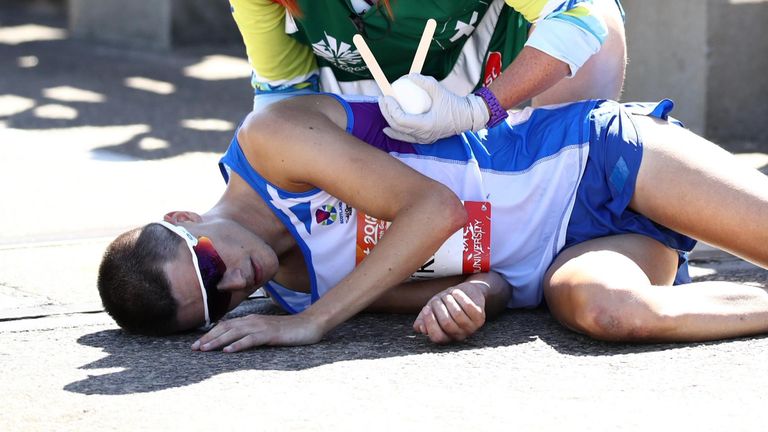 At the 2018 Commonwealth Games at the Gold Coast in Australia, Hawkins was leading the race until severe dehydration caused him to collapse with just 2km to go.

“I feel very experienced. I’ve had both scenarios – one where it’s gone wrong and one where it went well so I’ve managed to tweak enough to make sure I’ll be in the best condition I can on the day.

“I think getting a medal is definitely up there. With the conditions and the fact it is a championship marathon, anything is up for grabs.”

With Sir Mo Farah returning to the track instead of taking on the marathon at Tokyo, Team GB’s chances of a medal in the men’s race now lie with Hawkins and he is leaving nothing to chance.