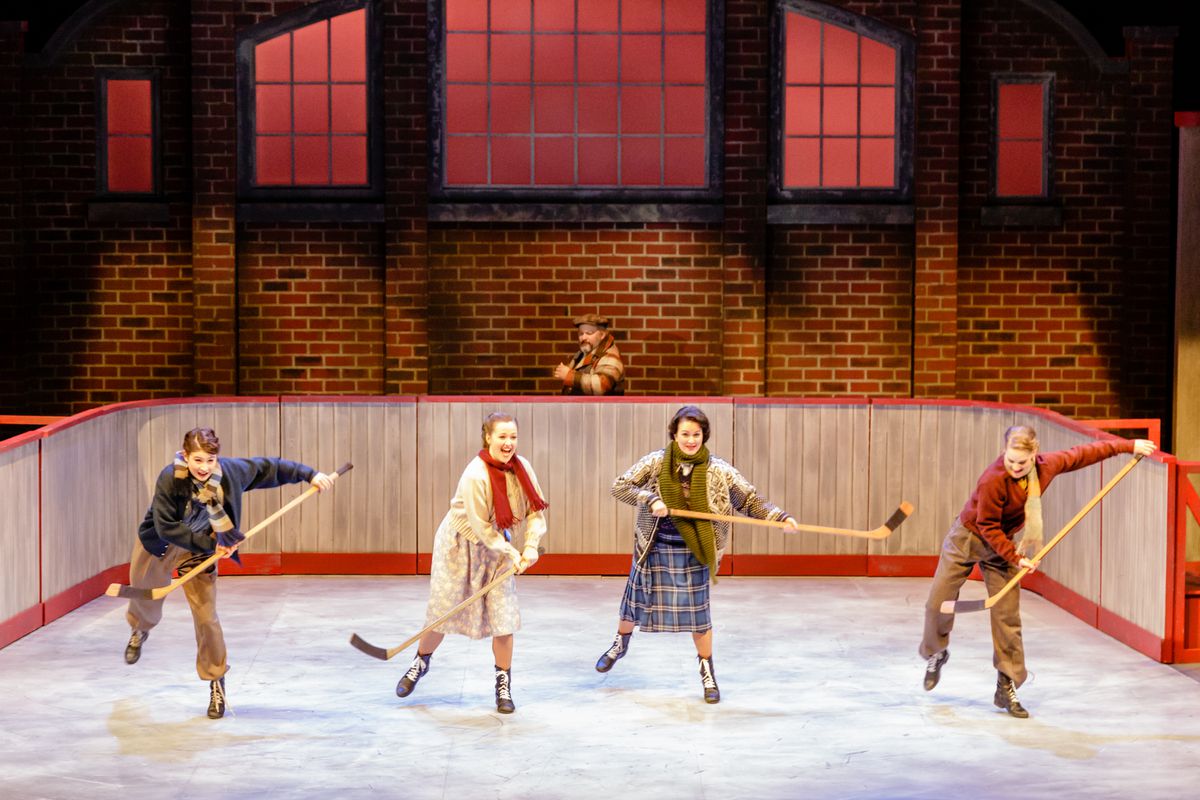 Playwright Tracey Power is also a choreographer who has devised a kind of hockey dance to simulate game action.

So what if they’re a women’s team called the Rivulettes, based in Preston, Ont., during the Great Depression and appearing in a new hockey drama called Glory, which opened on Friday night at Alberta Theatre Projects in Calgary?

Playwright and choreographer Tracey Power delivered what the Flames and Oilers could not, namely 2½ hours of bittersweet, entertaining and uplifting sports drama – all of it, as it tragically turned out, on one of hockey’s darkest nights ever, hours after a bus crash claimed the lives of 15 people, including 10 members of the Humboldt Broncos Junior A hockey team.

Power’s Glory tells the true tale of the Preston Rivulettes, a women’s hockey team that was formed in 1930 and became a national powerhouse. Inside the Martha Cohen Theatre, the opening-night audience included Canadian Olympic hockey icon Hayley Wickenheiser, who was born in Shaunavon, Sask.

This is a Canadian sports story – a good one – not to mention a feminist parable that explores a virtually unknown chapter of this country’s sports history.

Hilda (Katie Ryerson), the catalyst, is a natural athlete who convinces the Schmuck sisters, Helen (Kate Dion-Richard) and Marm (Gili Roskies), to form a women’s hockey team to compete in the Ontario women’s league, so that they can beat their hated rivals from Port Dover at something.

The first thing the Rivulettes require is a coach and that turns out to be – after some initial reluctance – Herb Fach (Kevin Corey), a terse, middle-aged rink rat who spends his days flooding the rink, reflecting on better days.

There’s a ritualistic, and comforting, sports-story familiarity to it all. Narrative bits and pieces and characters feel pulled straight from The Bad News Bears or A League of Their Own, with one exception: This is a Canadian sports story – a good one – not to mention a feminist parable that explores a virtually unknown chapter of this country’s sports history.

What makes Glory rise above those Hollywood yarns in presentation is that playwright Power is also a choreographer who has devised a kind of hockey dance to simulate game action.

It takes a little getting used to, but when the drama turns to the on-ice variety, Glory joyously transforms into one-part Bobby Orr, one-part Bobby Fosse – with a particular shout-out to Morgan Yamada, as Nellie, who dances in goalie pads.

young, spunky and hopeful women – are reminiscent, in a good way, of some of the wisecracking Hollywood heroines of the forties.

The sports-story part of the fable of Glory keeps getting rudely interrupted by reality: High hopes at the rink keep everyone’s minds off the economic devastation going on all around them, along with the ominous rise of Hitler across the ocean.

The Rivulettes – young, spunky and hopeful women – are reminiscent, in a good way, of some of the wisecracking Hollywood heroines of the forties – think Bette Davis or Rosalind Russell or Kate Hepburn – an era where screen women could be smart and strong and single and not invisible.

Instead of letting that define her, Hilda sets her sights on the Show.

“Do you think I could play in the NHL?” she asks Fasch one day.

If Hilda has her sights set, somewhat implausibly, on the National Hockey League, Marm has her sights set on getting into university and becoming a lawyer – and raging against the rising anti-Semitism that even finds its way into Canadian hockey arenas.

Roskies’s Marm is a loose cannon on the ice – think Milan Lucic or Brad Marchand – and the conscience of the Rivulettes off it.

A stage is a tricky thing to turn into a hockey arena, but thanks to an ingenious set design by Narda McCarroll – which transforms the rink into the dressing room, into a shoe-factory floor – you find yourself plunged right into depression-era Preston, Ont. – helped by Cindy Wiebe’s stylish, evocative costume design.

It’s all pulled together nicely by director James MacDonald, the artistic director of Western Canada Theatre in Kamloops, where Glory premiered in February, and strong performances by the five cast members.

It was jarring on Friday, stepping out of a jubilant opening-night puck party and back into reality where a Prairie town found itself traumatized forever.

Both stories – the fictional one and the tragically real one – drive home the everyday reality of the outsized, even mythic, role hockey has always played in the daily lives of millions of Canadians, where the town square is usually a rink – and, on this night, for this engaging show: a stage.

Editor’s note: A previous version of this story incorrectly referred to the Rivulettes’ coach as Herb Fasch. It is, in fact, Herb Fach.

T | Chester Story and the Glory