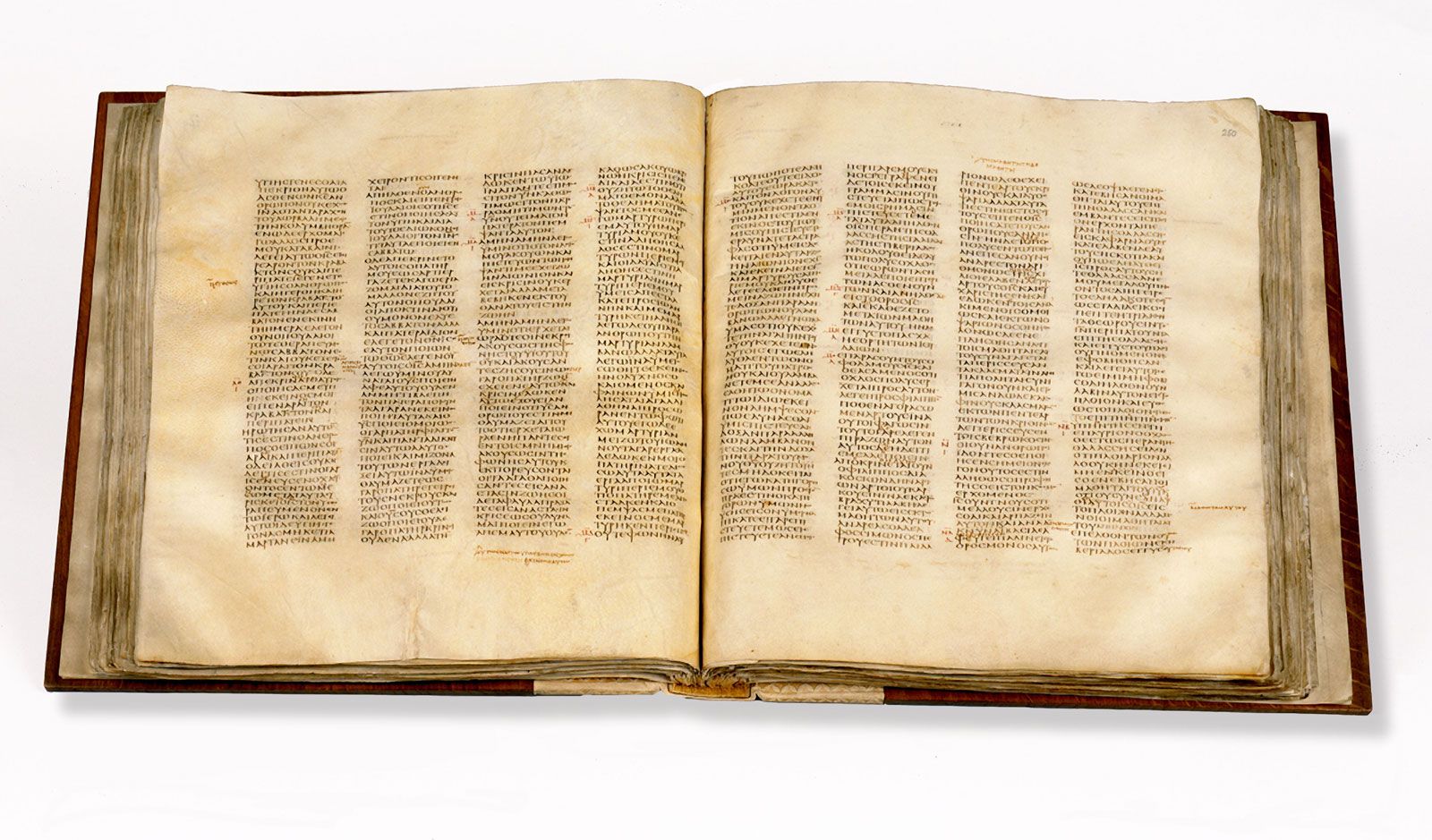 Read More on This Topic

biblical literature: Sources of the Septuagint

The name Septuagint (from the Latin septuaginta, “70”) was derived later from the legend that there were 72 translators, 6 from each of the 12 tribes of Israel, who worked independently to translate the whole and ultimately produced identical versions. Another legend holds that the translators were sent to Alexandria by Eleazar, the chief priest at Jerusalem, at the request of Ptolemy II Philadelphus (285–246 bce), though its source, the Letter of Aristeas, is unreliable. Despite the tradition that it was perfectly translated, there are large differences in style and usage between the Septuagint’s translation of the Torah and its translations of the later books in the Old Testament. In the 3rd century ce Origen attempted to clear up copyists’ errors that had crept into the text of the Septuagint, which by then varied widely from copy to copy, and a number of other scholars consulted the Hebrew texts in order to make the Septuagint more accurate.

Given that the language of much of the early Christian church was Greek, many early Christians relied on the Septuagint to locate the prophecies they claimed were fulfilled by Christ. Jews considered this a

misuse of Holy Scripture and stopped using the Septuagint altogether; its subsequent history lies within the Christian church. The Greek text, not the original Hebrew, was the main basis for the Old Latin, Coptic, Ethiopic, Armenian, Georgian, Slavonic, and part of the Arabic translations of the Old Testament and has never ceased to be the standard version of the Old Testament in the Greek church. Indeed, St. Jerome used the Septuagint to begin his translation of the Vulgate Old Testament in 382 ce.

In addition to all the books of the Hebrew canon, the Septuagint under Christian auspices separated the minor prophets and some other books and added the extra books known to Protestants and Jews as apocryphal and to Roman Catholics as deuterocanonical. The Hebrew canon has three divisions: the Torah (Law), the Neviʾim (Prophets), and the Ketuvim (Writings). The Septuagint has four: law, history, poetry, and prophets, with the books of the Apocrypha inserted where appropriate. This division has continued in the Western church in most modern Bible translations, except that in Protestant versions the Apocrypha are either omitted or grouped separately.

The text of the Septuagint is contained in a few early, but not necessarily reliable, manuscripts. The best known of these are the Codex Vaticanus (B) and the Codex Sinaiticus (S), both dating from the 4th century ce, and the Codex Alexandrinus (A) from the 5th century. There are also numerous earlier papyrus fragments and many later manuscripts. The first printed copy of the Septuagint was in the Complutensian Polyglot (1514–22).

Codex Sinaiticus, a 4th-century manuscript of the Septuagint, written between 330 and 350.

www.BibleLandPictures.com/AlamyThis article was most recently revised and updated by Melissa Petruzzello, Assistant Editor.