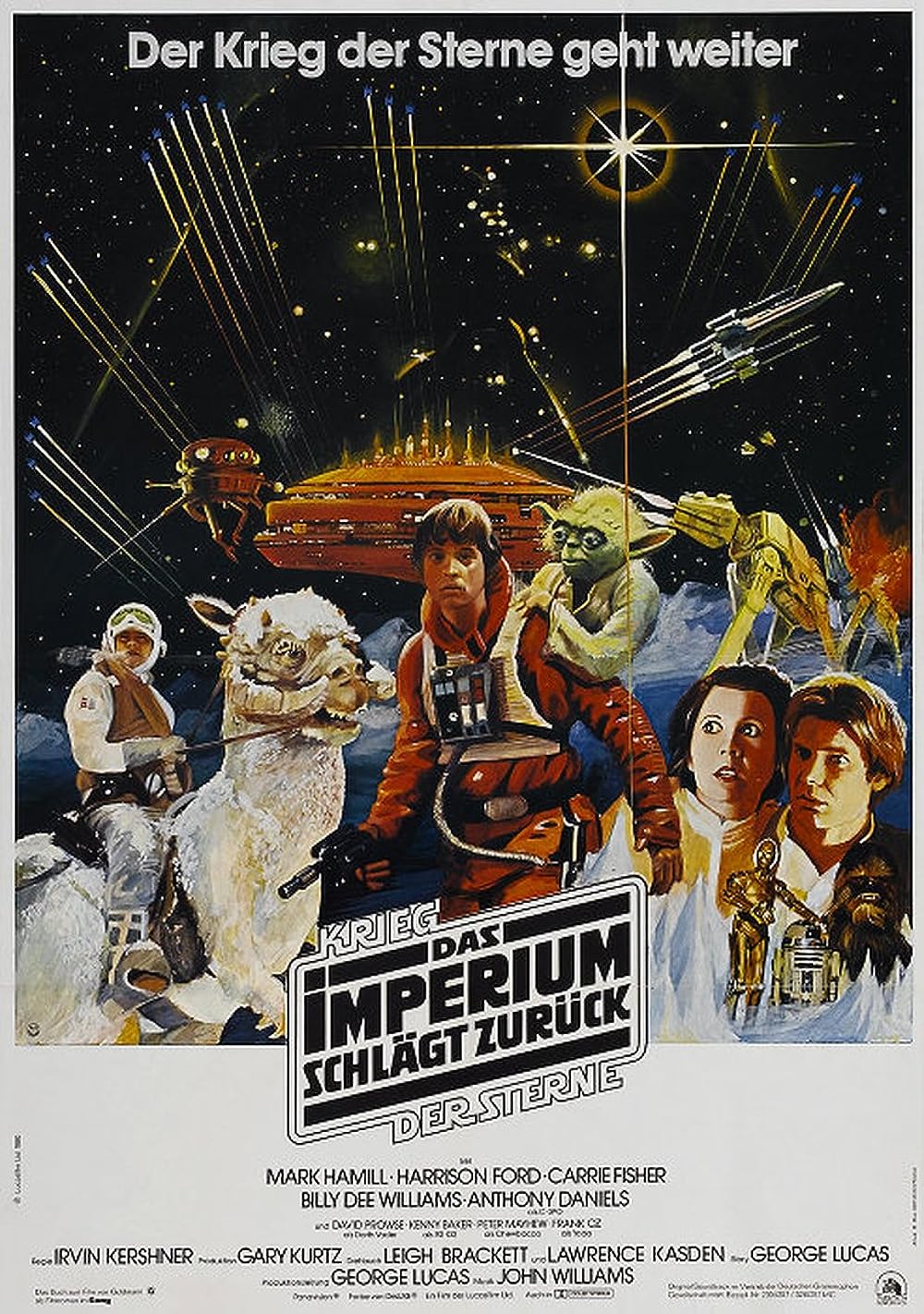 All the fun of the original with a much better, darker plot

Following Star Wars was never going to be easy but this is actually better. Empire retains the same characters and the same sense of fun that the first had  the battle on Hoth is just one of THE moments of the series. However what gets added to that is a much darker strand. The Empire is not beaten by the destruction of one ship  it’s power is barely dented in fact. This sees some startling revelations (I won’t spoil it in case you’ve been living under a rock!) but also sees significant blows to the rebellion. In fact the ending of this film could not be more different from the end of Star Wars.

Like the recent episode two this follows two strands  the more pedestrian scenes with Luke and Yoda and the more action based scenes with Han and company. The scenes with Yoda add depth to the film and hint at the truth. Meanwhile the other half is a lot more action orientated and

has comedy and good new characters such as Bobba Fett. The two work well together and come together well for a great finale. The addition of a dark strand to the film makes it all the better as it can be enjoyed as a story and not just a fun sci-fi film with good effects.

The characters are better here than the first. The strong characters from the first (Han, C3P0 et al) are all still good here. However we also get a much more interesting version of Luke as he continues his journey into becoming a full Jedi. Yoda is a good addition (despite sounding like Fozzie Bear!) and Darth Vader becomes a lot more than just a good villain  we learn his past, a revelation then, but a thing of common knowledge now.

Overall this is as good as Star Wars at it’s heart, but the darker nature of the film makes it much better. Where the first one was a victorious uprising this is, as the title suggests, the time in history where the Empire strikes back against the uprising. All the music, characters and things that make Star Wars Star Wars are here and it’s simply one of the best of the series to date.

See ‘Star Wars’ Stars In and Out of Costume

See ‘Star Wars’ Stars In and Out of Costume

Check out our gallery of stars from the Star Wars saga in character and in real life.