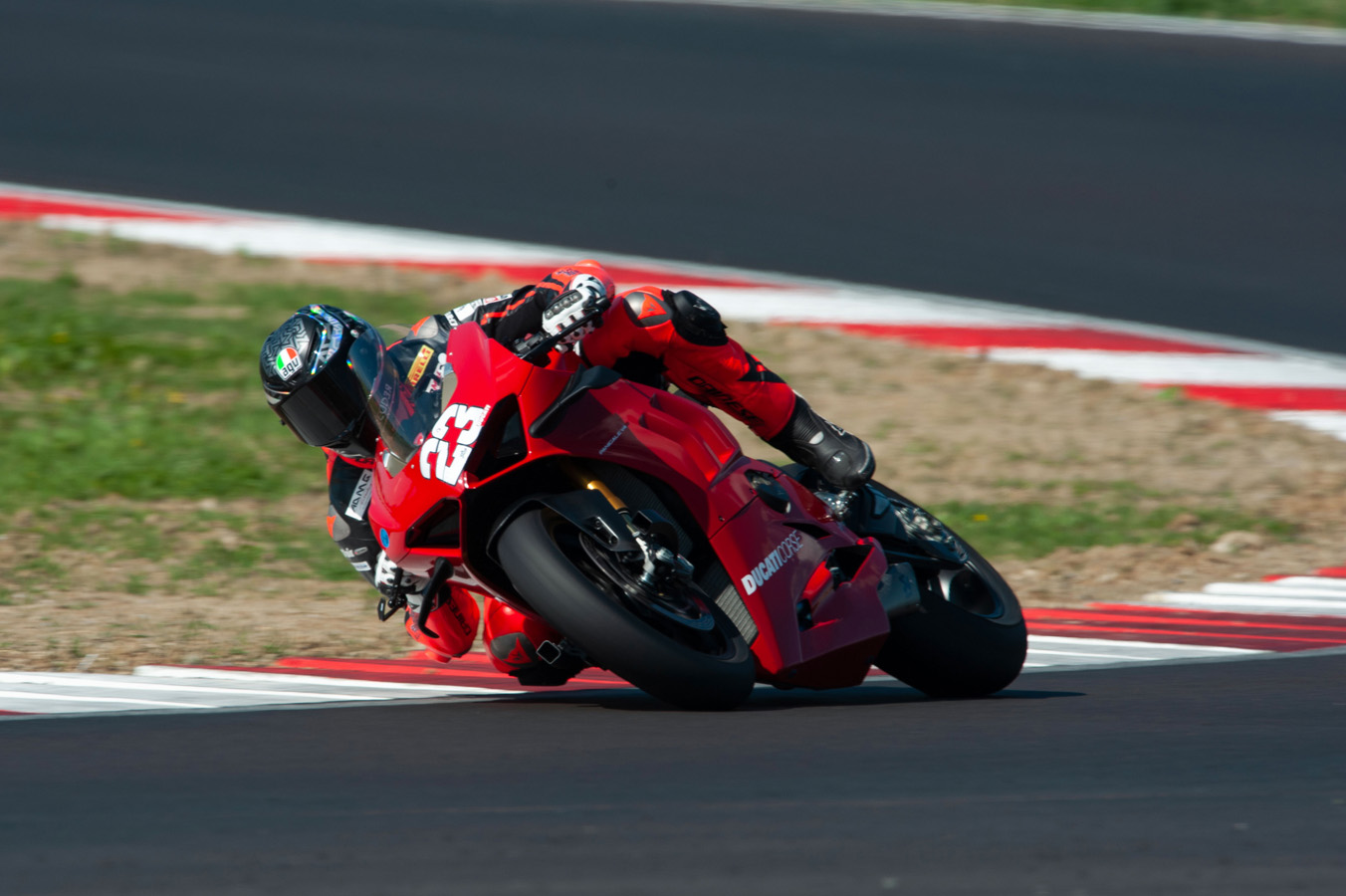 In the most recent round of the MotoEstate Trophy (a popular amateur trophy in Italy) at Cremona, Luca Salvadori jumped on a stock Ducati V4 S to conquer pole position in qualifying, setting a new MotoEstate Trophy record for the Cremona circuit at 1:31.945, and go on to win the race against superbike spec bikes.

If a YouTuber can win at Cremona on a stock Panigale V4 S – and set a qualifying record in the process – then you can too….

Well, in fairness Luca Salvadori may be a ‘YouTuber’ but the Italian is still an extremely capable rider in his own right.

Racing against superbike spec machines over the weekend in the ‘Open Class’ – even including some other Ducatis – Salvadori came out on top against main rival Fabrizio Perotti, a popular and fast Italian rider riding a top-spec Aprilia RSV4.

Equipped with only a Ducati Performance racing exhaust system, Pirelli slick tyres, and

racing brake pads, the V4 S was otherwise entirely stock and completed a perfect weekend at the circuit. Great news for Ducati, but adds some pressure for anyone taking a V4 S to a local track day…

As a production machine, Luca was racing with electronic suspension and the ‘cornering only front racing’ setup for the ABS – the Panigale V4 is the only bike in the world to have this option.

Salvadori’s 1:31.945 qualifying lap is the new record at Cremona, modified over winter with a totally revised end section, and extended from 3.45 km to 3.7 km.

All in all, incredible stuff for Ducati and the Panigale V4 S.

What does it mean to glorify God?