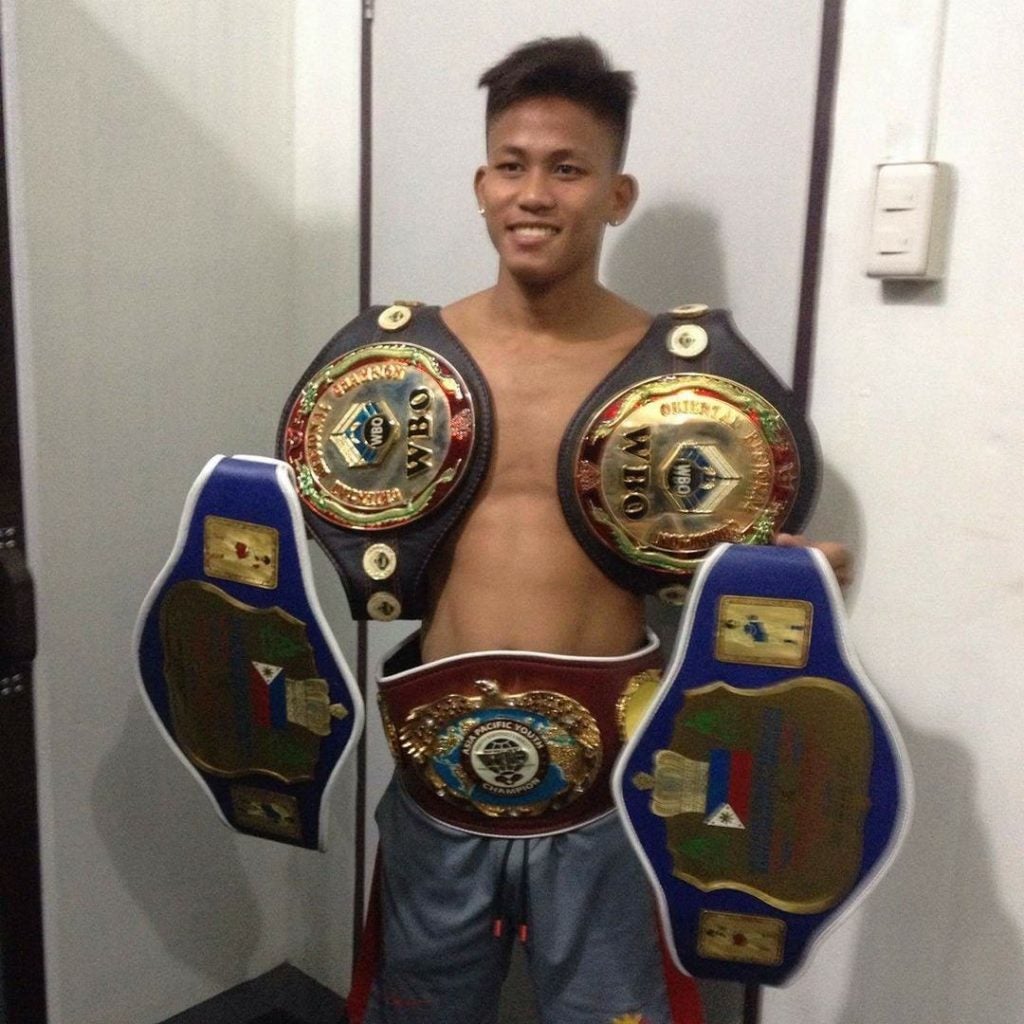 The 26-year old hard-hitting Cebuano has been gaining attention lately for calling out Boholano star Mark “Magnifico” Magsayo on his YouTube channel to a fight. He also accused the latter of being unapproachable now.

Tepora challenged Magsayo, the reigning World Boxing Organization (WBO) international featherweight champion to a fight to determine who among them is the best featherweight in the country.

But, there is more to it.

Tepora, who once trained alongside and was even featured in the undercard of eight-division world champion Manny Pacquiao has been yearning to revive his career.

He is planning to make a comeback fight sometime in October or December.

He now trains under his older brother, Jing-jing Tepora in their own gym in Lilo-an town, north Cebu.

Tepora’s ability to become a world champion was put in question after he was knocked out by Mexican Oscar Escandon in Ontario in December 2019. Tepora has not fought since then.

Before that, Tepora was stripped of his WBA interim world title after being overweight in his scheduled fight in the undercard of Pacquiao-Broner in January 2019.

But Tepora said he has learned his lessons and he is very determined to make a comeback. He is planning to fight either in the 130-pound or 126lbs. division.

He revealed that he’s silently training in Lilo-an to prepare himself for the much-awaited comeback.

On paper, Tepora is a very dangerous boxer. He sports a record of 23 wins with one defeat and 17 knockouts which translates to a 71% knockout percentage.

Before his lone defeat, Tepora was steamrolling the featherweight division. Winning titles after titles and knocking out opponents left and right.

His biggest break was in July 2018 when he knocked out Edivaldo Ortega in the ninth round to become the WBA interim world featherweight champion.     /rcg

Disclaimer: The comments uploaded on this site do not necessarily represent or reflect the views of management and owner of Cebudailynews. We reserve the right to exclude comments that we deem to be inconsistent with our editorial standards.