(What’s The Story) Morning Glory?, the follow-up to debut album ‘Definitely Maybe’, was released 20 years ago today (October 2). To celebrate the band’s biggest-selling album, read all about its meteoric rise, in numbers.

First up is 347,000. That’s the number of copies it sold in its first week on sale in the UK, making it (at the time) the second fastest selling album in British history behind Michael Jackson’s ‘Bad’. 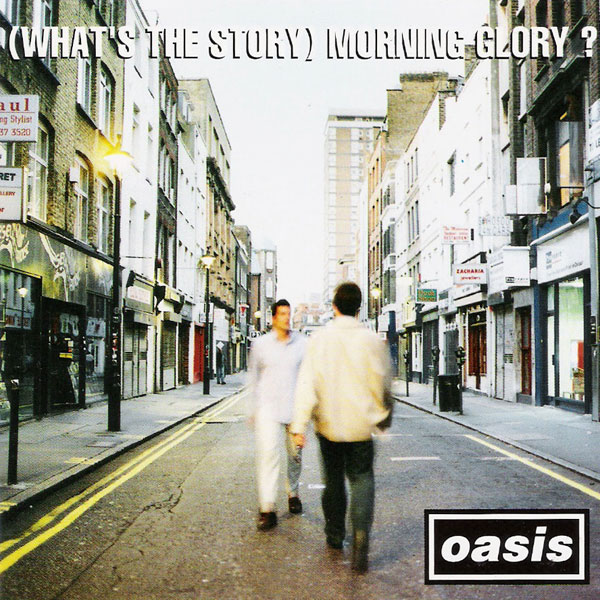 And if you think that’s impressive, it’s shifted a huge 22,000,000 copies worldwide. Noel certainly enjoyed the spoils of commercial success: he bought fancy cars and a swimming pool, despite not being able to drive or swim. 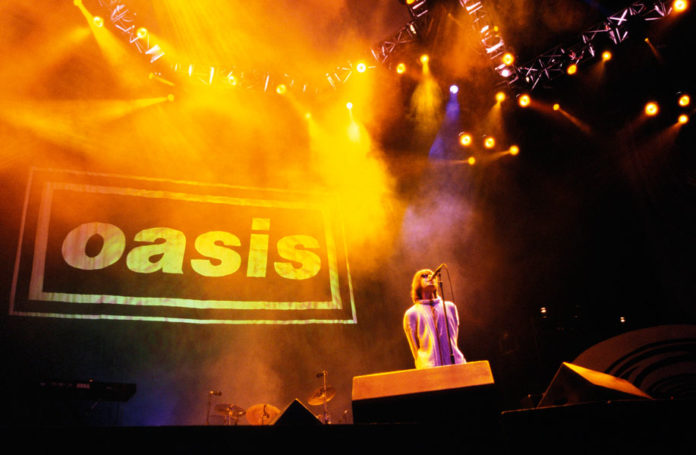 ‘…Morning Glory’ had staying power a-plenty, too: it managed to stick around in the top three of the charts for 7 months throughout 1996. It’s a feat that’s nigh-on unimaginable now. 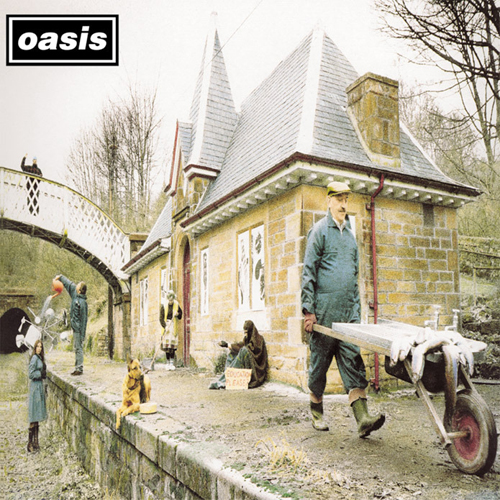 1 stands for a numerical double-whammy: ‘Some Might Say’ was the first single taken from ‘…Morning Glory’, and it was also the first Oasis track to go to Number One. It set a 10-year precedent for the lead single from each Oasis album topping the charts. 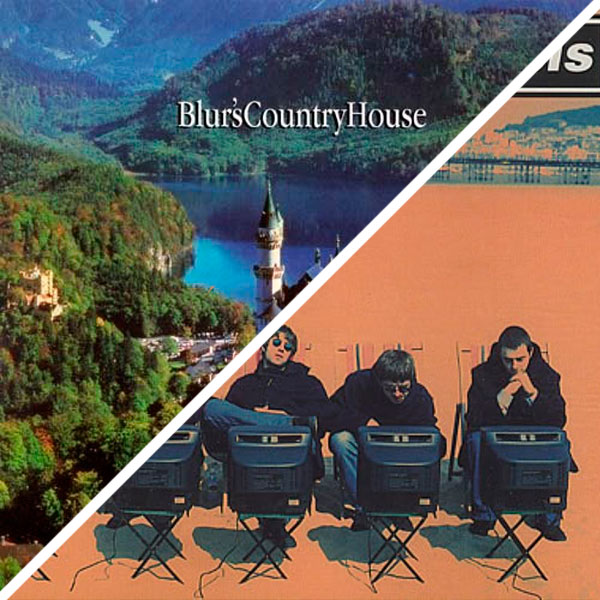 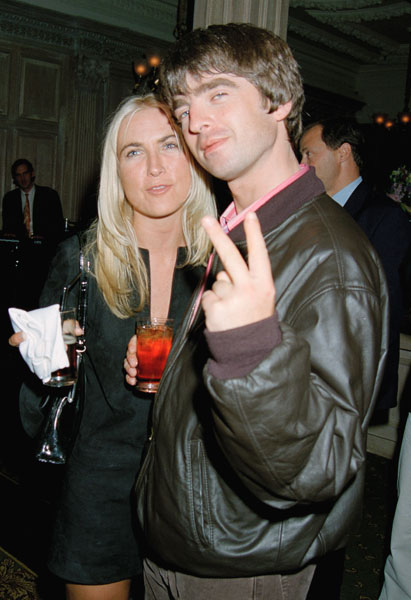 Noel and Liam may not be shy with a curse word or two, but there’s only 1 swear word on ‘…Morning Glory’. It’s in the opening track ‘Hello’, in the following lyric: “I’ve got a feeling you still owe me, so wipe the shit from your shoes.” 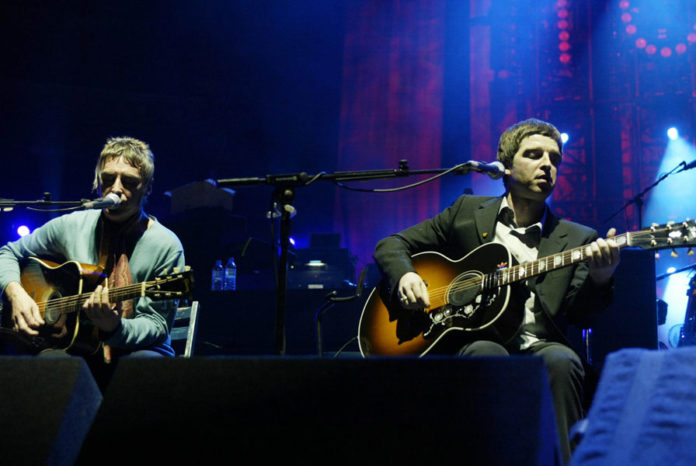 3 is the number of tracks that Noel’s mate Paul Weller plays on: he contributed lead guitar and backing vocals on ‘Champagne Supernova’, harmonica on ‘Untitled 1’ and ‘Untitled 2’, which are both excerpts from ‘The Swamp Song’. 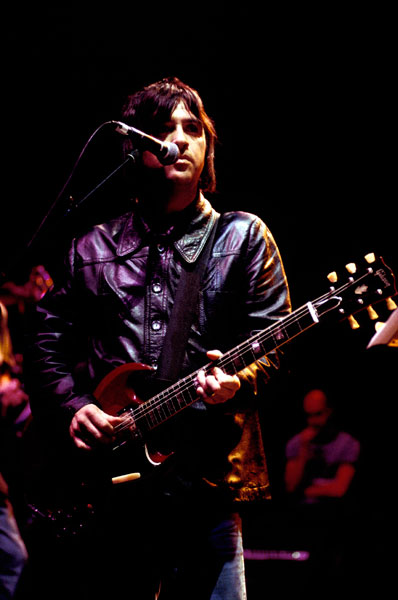 The number of times Paul Weller has played ‘Champagne Supernova’ live with Oasis, though? 0. The Stone Roses’ John Squire has done it twice, at Knebworth on August 10 and 11 1996. And ex-Smiths guitarist Johnny Marr also has, at Glasgow Barrowlands on Oc 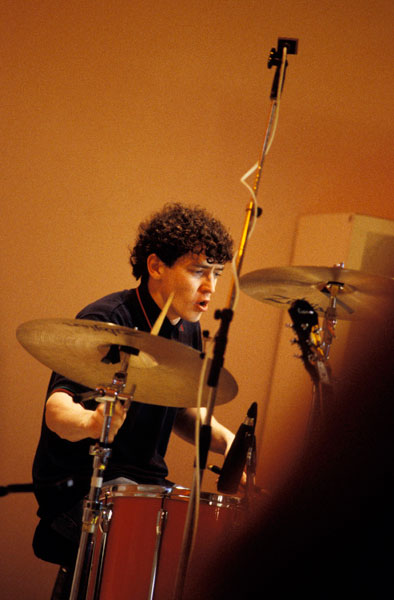 1 is the number of tracks Tony McCarroll drums for on ‘…Morning Glory’. McCarroll was replaced by Alan White shortly after the recording of ‘Some Might Say’. White asked Noel if the band could re-record the song with him playing on it but, he says, “Noel wasn’t having any of it”. 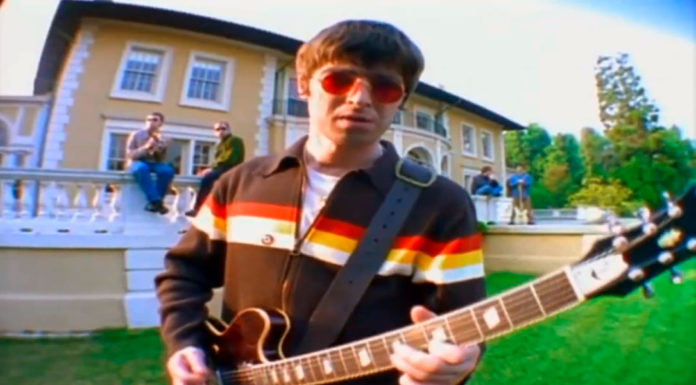 Oasis have played ‘Don’t Look Back In Anger’ live on 549 occasions throughout their career, according to Setlist.fm. That’s more than any other song on ‘…Morning Glory?’ (‘Wonderwall’ is second with 485), but not as many as their most played song of all time: ‘Cigarettes & Alcohol’, which was given the live treatment a preposterous 589 times. 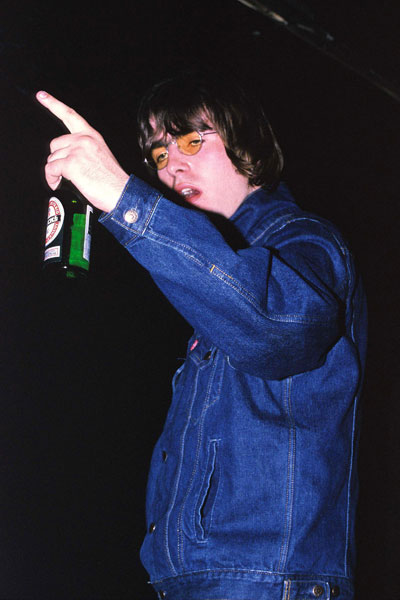 During the recording of ‘Don’t Look Back In Anger’, Liam wasn’t required so went to the pub. He proceeded to invite around 30 pissed Monmouth locals back to the studio from local boozers The Old Nag’s Head and The Bull. Noel was so furious he kicked everyone out, chased Liam out with a cricket bat and quit the recording sessions. He didn’t come back for two weeks. 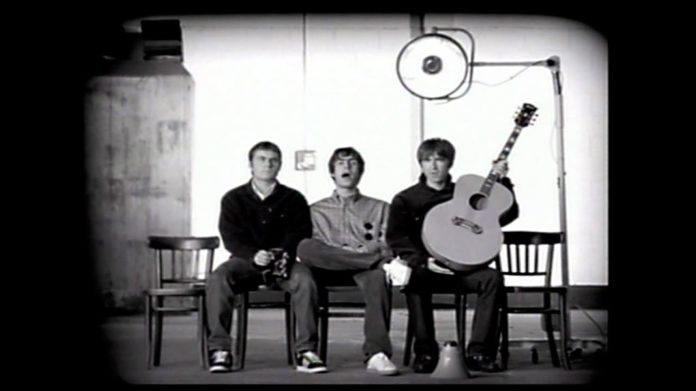 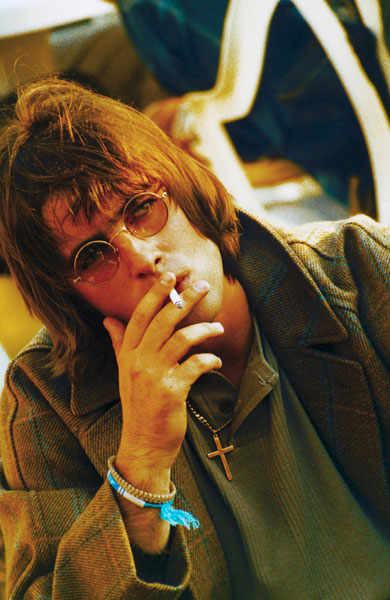 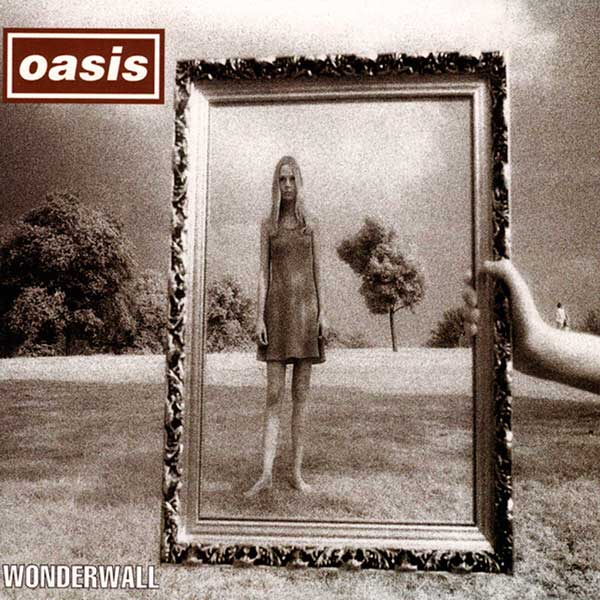 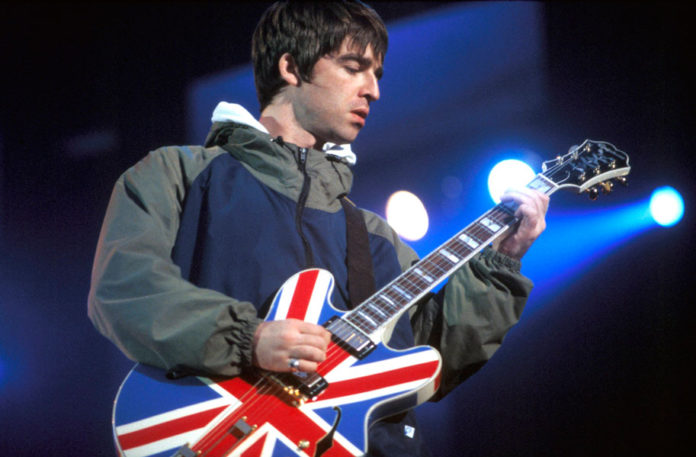 How many other songs does ‘She’s Electric’ sound like? By our reckoning, it’s 3. The ending has the same chord progression as The Beatles’ ‘With A Little Help From My Friends’. The middle eight resembles the same band’s ‘While My Guitar Gently Weeps’. It shares the same chords as Nirvana’s ‘Lithium’. 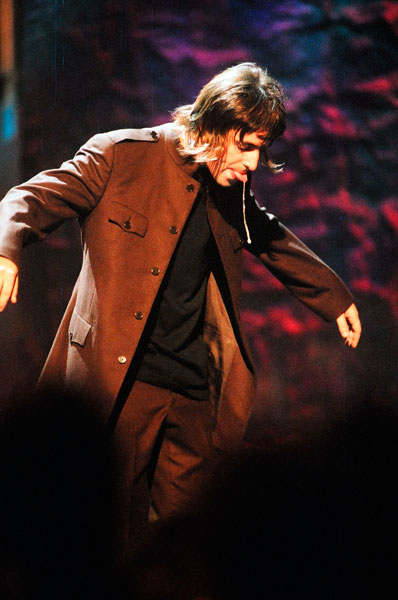 There were 300,000,000 people watching the MTV Video Music Awards at New York’s Radio City Music Hall when Liam swears at the crowd (“I hope you’re having a good time, but I know you’re having a shit time”), spits on the stage, throws a beer can and knocks over the microphone. 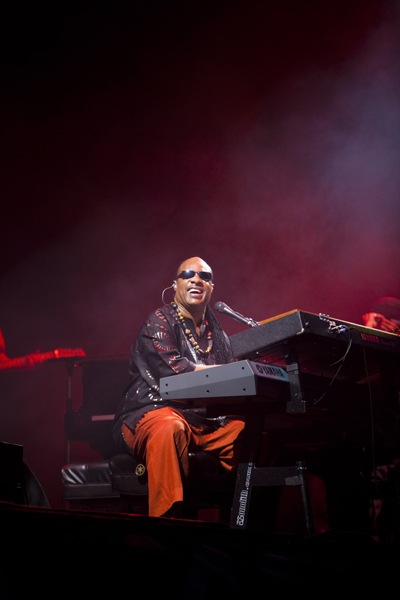 In the December 23 1995 of Melody Maker, a news report claimed that copies of ‘…Morning Glory’ with the song ‘Step Out’ on it were being sold for £200. ‘Step Out’ was going to be on the album until Stevie Wonder decided he was unamused by how much it sounded like ‘Uptight’. 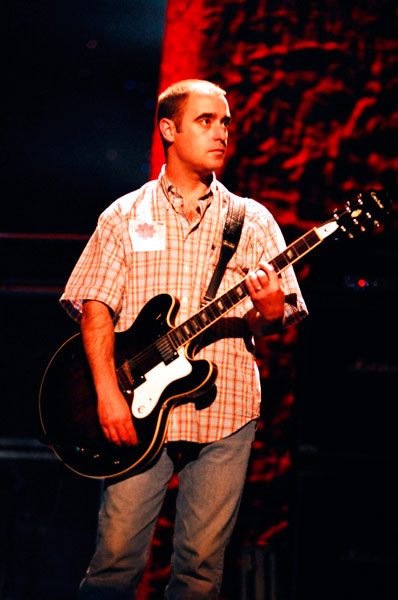 According to producer Owen Morris, Oasis did 20 takes of Bonehead’s Bank Holiday with Bonehead on vocals until Noel stepped it and sang it instead. Bonehead was so pissed after a drinking session with Liam that “he couldn’t see the words, let alone sing them”, says Morris. The finished version featured on the vinyl edition of the album 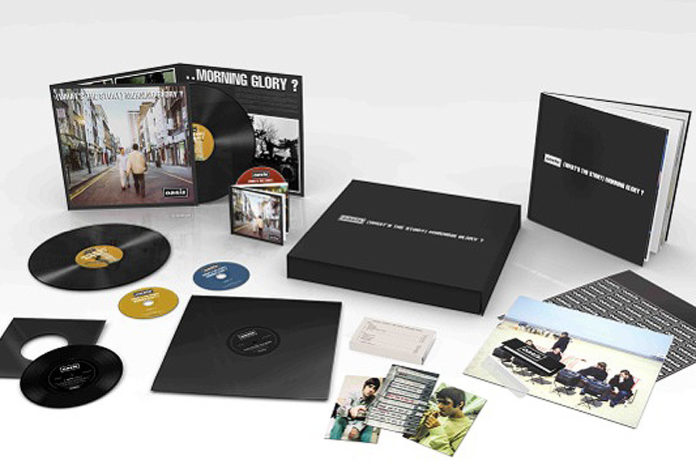 The only remix Oasis allowed of a ‘…Morning Glory’ track was a Brendan Lynch (aka the Lynch Mob) take on ‘Champagne Supernova’, which appeared as a promo-only release in 1996 and sold for £40. 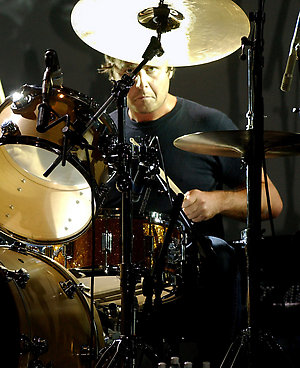 Alan White, drummer of Oasis performing in concert at Roseland in New York City, USA. Some band members were injured in Indianapolis, Indiana, USA when a taxi cab they were riding in crahed head on into another vehicle.

Oasis played 103 gigs on the ‘…Morning Glory’ tour, starting on June 22, 1995 at the Bath Pavilion (Alan White’s first show with the band), and ending at the Mayo Civic Centre in Rochester on December 4, 1996 (the last show before Noel quit the tour). In-between they headlined Glastonbury, Maine Road, Loch Lomond, Earls Court, Slane Castle and Knebworth. 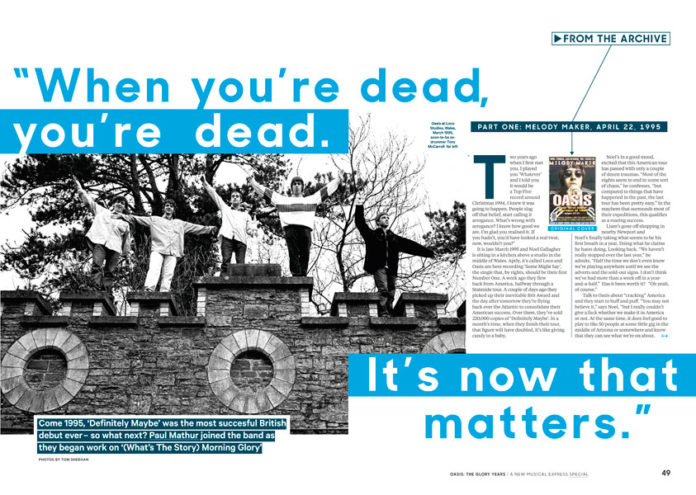 3. The Goodness of God