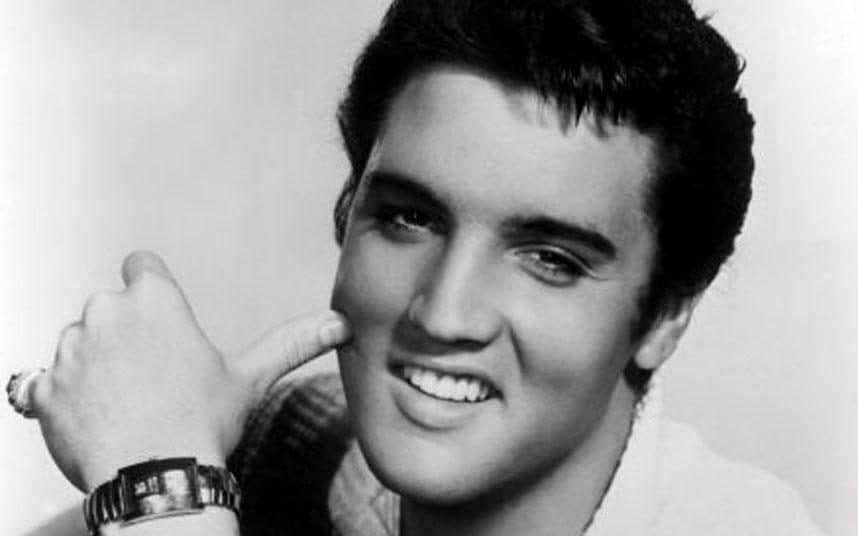 There was a time when album covers were gateways to the music and we would pore over them, examining images in every tiny detail. What mysteries and arcane information could be gleaned from these works of pop art? For that is what many of them were: adventurous graphic designs reflecting a time when popular music was the most vital art form of a generation.

Sadly, the advent of CDs dramatically changed our relationship with covers, reducing the visual space to a 5in square. Now streaming has almost done away with covers altogether. It makes you hanker for the days when sleeves were so big and bold you could imagine them being framed and hung. Nowadays, of course, those classic covers often are. So, over the next few weeks I will be looking at some of the best, and telling the stories behind their inception, starting today with Elvis Presley’s debut album.

Elvis’s self-titled debut was released by RCA Victor in 1956 and nothing was the same after that. It’s all there on the cover, 12in square of raw rock ’n’ roll sensuality captured in one slightly blurred black and white photograph of the young king ripping it up on acoustic guitar, eyes closed, mouth open, lost in the moment, unleashing the original rebel yell. His name has been overlaid in garish shades of pink and green, colours that spoke of youth, fun and freedom, laid out in a contrary L-shape in fat, jagged letters. It still looks urgently alive and utterly cool all these decades later, when The King is dead and gone, and rock is barely hanging on by its fingertips.

The story behind the cover

When Elvis’s debut album was first released in 1956, playing records was still a new thing. The great crooner Frank Sinatra pioneered the form, and jazz artists offered the most stylish graphics; it was all very adult and sophisticated. Elvis, by contrast, was a ground-roots, youth-fuelled phenomenon. He broke through as a singles artist on Memphis independent label Sun Records, making his debut in July 1954 with That’s All Right (Mama).

Iconic: a black and white image of a young Elvis Presley formed the distinctive cover of The King’s first album

By the time RCA signed him for a then-record sum of $40,000 in November 1955, Presleymania had erupted. TV appearances of the hip-swinging rocker triggered nationwide mass hysteria with a sexual undercurrent that shocked contemporary mores.

I am sure the controversy over Presley’s lower body gyrations played a part in RCA cropping his cover photo so tightly, yet somehow it only heightens the suggestion of

The photograph was taken by William “Red” Robertson, who had been hired by Elvis’s manager, Col Tom Parker, to capture the singer in action at a show at Fort Homer Hesterly Armory in Tampa, Florida on July 31 1955. Comedian Andy Griffiths was headlining and Presley was listed bottom of the bill. Robertson’s original image is full length, showing Presley with legs spread, body pulled back from his new Martin D-28 guitar, with lead guitarist Scotty Moore edging in left of frame and bassist Bill Black fully visible.

Parker clearly grasped the potency of the image and used it in publicity material before RCA adapted it for his album. A well-known celebrity photographer, William S Randolph, supplied four pleasingly casual portraits for the back sleeve and received a credit. Meanwhile, jobbing clicker Robertson remained anonymous. But it was his shot that became one of the most iconic in rock history.

Elvis’s debut album cover art was copied, as a tribute, by The Clash for London Calling in 1979

“Well, it’s a one for the money…” are the first words you hear Presley sing, tearing into Blue Suede Shoes with a zest that made Carl Perkins’s song sound like an invitation to rumble rather than a polite request not to scuff footwear. Presley’s impact was so world-changing that it is easy to lose sight of the man behind the music. Since his death in 1977, he has been transformed into a symbol of the American dream, in all its glory and its worst excesses.

But this album tells its own story, driven by a joyous, escapist delight in singing. The playfulness of Presley’s vocals is effervescent. The bongo on the eerie, ethereal Blue Moon is actually Elvis tapping on the body of his guitar. The sleazy, raunchy Money Honey closes an album exploding with youthful exuberance and sensuality. It put an absolute rocket up the Fifties and remains an all-time classic.

And what is its legacy?

In 1979, The Clash released their finest album, London Calling. Over a black and white photo of bassist Paul Simonon smashing his guitar, designer Ray Lowry emblazoned the title in familiar pink and green lettering. Lowry described it as “a genuine homage to the original, unknown, inspired genius who created Elvis Presley’s first rock and roll record”. One cover, two classic albums.

Do you have a favourite album cover? Neil McCormick will be in the comments section between 4pm and 5pm today to reminisce about vinyl, album art and the glory days of rock ’n’ roll