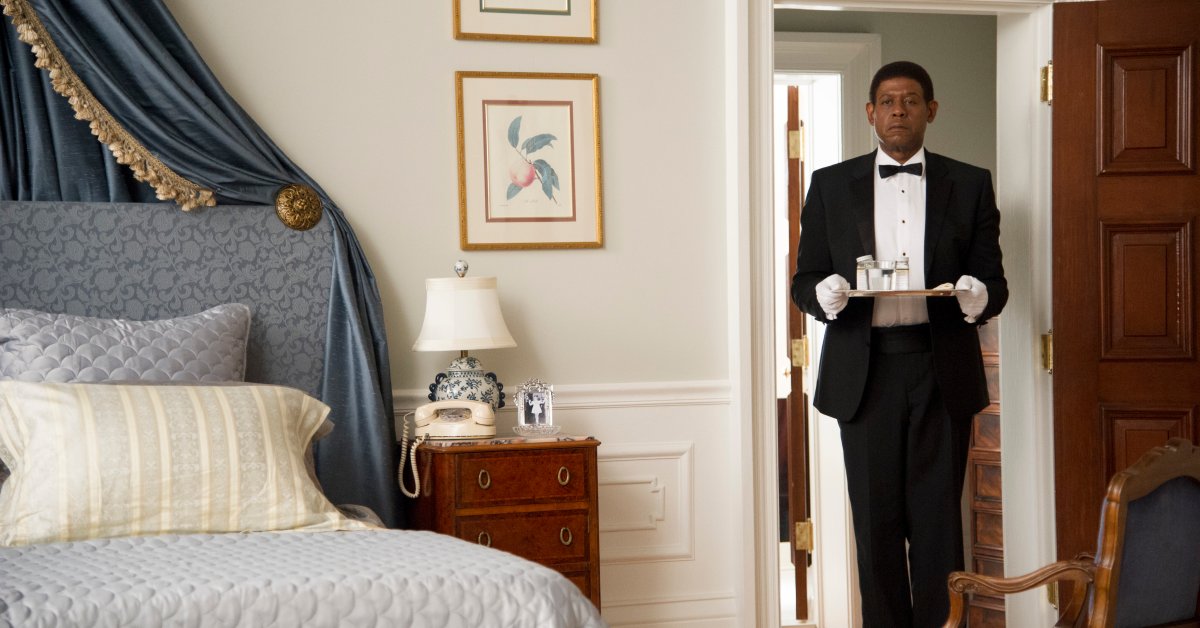 Lee Daniels’ The Butler, which opens Friday, is loosely based on the life of Eugene Allen, a butler at the White House for 34 years and through eight administrations. So loosely based, in fact, that it’s hard to determine which parts of the story are based on Allen’s real life — and which parts are added for dramatic effect.

Throughout his tenure at the White House, Allen quietly witnessed presidents make a series of monumental decisions impacting his civil rights as a black American.

Daniels’ film replaces the real Eugene Allen with the fictional Cecil Gaines, using the unique perspective of a White House butler as a jumping-off point to explore questions of race in the 1960s, 70s and 80s. The result is a largely fictional film, rather than a biopic.

With the help of several sources, including a 2008 article in the Washington Post that chronicled Allen’s life and inspired the film, we’ve laid out what’s fact and what’s fiction — all of it spoiler-free.

(PHOTOS: Eugene Allen, the Man Behind The Butler)

Allen grew up in a cotton field in Macon, Ga.
Ruling: Fiction

Allen was born on a Virginia plantation in 1919, not in Georgia. He arrived in Washington during the Great Depression. In the movie, Cecil Gaines grows up on a cotton field in Macon, Ga., where his family comes into conflict with the white farmers for whom they work. What befalls his parents on the cotton field was added for dramatic effect.

Allen met his wife, Helene, at a birthday party in Washington. (He was too shy to ask for her number, so she had to track him down.) The couple had only one son, Charles Allen. In the movie, Gaines meets his wife, Gloria, at the Washington hotel where both work before Gaines gets his job at the White House. The fictional Gaines family has two sons.

Allen was recruited for the job as a butler after serving an administrator of the White House in a hotel restaurant
Ruling: Fiction

A woman told Allen of a job opening in the White House in 1952. He was not even looking for a job at the time, as he was happily employed at a Washington country club. He did not begin immediately as a butler but rather started as a pantry worker and was promoted to the position of butler later. He interviewed with the matre d’ Alonzo Fields for the job, who

immediately liked Allen. In the film, a White House administrator, impressed with Gaines’ work at a D.C. hotel, immediately offers him the job. The matre d’ character, Freddie Fallows, initially does not like Gaines when he comes to the White House.

(MORE: The Butler Has an Astonishing 41 Producers)

Like Gaines in the movie, Allen was working in the White House kitchen the day JFK was shot and received one of JFK’s ties as a gift from Mrs. Kennedy. He was also invited to Kennedy’s funeral after the assassination, but he volunteered to remain at the White House because someone had to serve attendees as they returned from the funeral service.

Allen’s son was a Black Panther and ran for office later in life
Ruling: Fiction

Though tension between father and son over civil rights issues fuels most of the drama in the film, Charles Allen was not the radical political activist that Gaines’s son is in the movie. Charles Allen worked as an investigator for the State Department and never ran for public office.

The Reagans did invite the couple to a state dinner for the West German Chancellor Helmut Kohl. Helene Allen was nervous because husbands and wives do not sit together for such events, and she didn’t know how to make small talk with so many college-educated people. Her son advised her to talk about her high school experience.

Eugene and Helene both supported Barack Obama, but Helene died the day before Obama won the 2008 presidential election. The couple had been married 65 years. Allen received a VIP invitation to Obama’s inauguration and cried as he watched the ceremony.

Sign up for Inside TIME. Be the first to see the new cover of TIME and get our most compelling stories delivered straight to your inbox.

For your security, we’ve sent a confirmation email to the address you entered. Click the link to confirm your subscription and begin receiving our newsletters. If you don’t get the confirmation within 10 minutes, please check your spam folder.