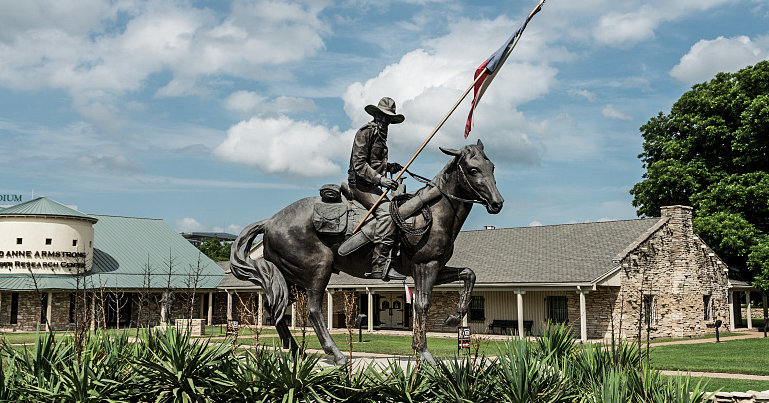 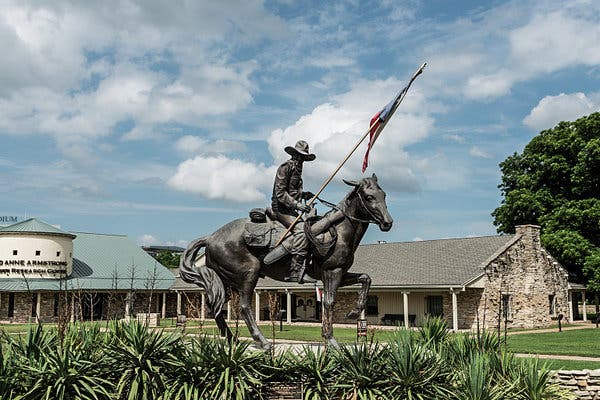 The Texas Ranger Hall of Fame and Museum in Waco.Credit…Carol M. Highsmith

When you purchase an independently reviewed book through our site, we earn an affiliate commission.

The Bold and Brutal History of the Texas RangersBy Doug J. Swanson

Larry McMurtry’s epic “Lonesome Dove,” about a great cattle drive from Texas to Montana in the 1870s, deservedly won the Pulitzer Prize for fiction in 1986. The novel’s protagonists were Woodrow Call and Augustus McCrae, former Texas Rangers who embodied the mythic cowboy traits of being loyal and fierce fighters. Occasionally McMurtry presented Call and McCrae as having bouts of laziness and unethical behavior, but for the most part, by humanizing them, he rebranded the fabled Rangers as courageous frontiersmen for the ages.

You won’t find such admirable Rangers in Doug J. Swanson’s smashup of Texas’ law enforcement legends. In “Cult of Glory,” Swanson, a former Dallas Morning News reporter, now a journalism professor at the University of Pittsburgh, scorches the reputations of such legendary Rangers as Ben McCulloch and William “Bigfoot” Wallace for massacring Native Americans and Mexicans willy-nilly. Debunking Rangers lore as sold in movies, television shows, museum exhibitions and novels is the crux of Swanson’s revisionist mission.

Though well-written, “Cult of Glory” isn’t a book for the fainthearted. Swanson, a prodigious researcher, recounts how in their nearly 200-year “attention-grubbing” history Rangers burned peasant villages, slaughtered innocents, busted unions and committed war crimes. They were as feared on the United States-Mexico border as the Ku Klux Klan was in the Deep South. “They hunted runaway slaves for bounty,” he writes. “They violated international laws with impunity. They sometimes moved through Texas towns like a rampaging gang of thugs.”

In 1823 the Rangers were created by Stephen Austin, the “father” of Anglo Texas. Settlers had moved into East Texas and improvised their own rules with scant regard for Native American inhabitants. The Rangers’ job was to patrol settlements and eradicate the nuisance of Cherokee, Tawakoni, Tonkawas and Caddos, whose land they were appropriating. “It soon became an article of faith among many newly arrived Texians, as they called themselves, that all Indians were thieves,” Swanson writes. “Mere suspicioned intent could be punishable by death.”

Swanson portrays the 19th-century Rangers as a paramilitary squad, proudly waving the banner of white supremacy. Nevertheless, he also dutifully recounts the bravery of the scouts John “Coffee” Hays and Sam Walker during the Mexican-American War in protecting American supply trains from attacks by Mexican guerrillas. When Walker joined the Rangers in the 1840s, he brought with him a practical revolver, designed by Samuel Colt, which became a battlefield game changer. Even if Rangers were outnumbered by Comanche or Mexican forces, they won bloody skirmishes courtesy of their repeating pistols.

Ranger atrocities against women and children during the Mexican-American War are horribly abundant in “Cult of Glory,” though the United States Army soldiers stationed in Texas at the time were repulsed by such gleeful bloodlust. “About all of the Texans,” Second Lt. Ulysses S. Grant wrote his fiancée, “seem to think it perfectly right to impose upon the people of a conquered city to any extent, and even to murder them where the act can be covered by the dark.” Likewise, Maj. Gen. Zachary Taylor complained about psychotic Rangers who committed an “atrocious massacre.”

When the Civil War erupted in 1861, the Rangers sided with the Confederates. John “Rip” Ford, a seasoned Ranger fighter, boasted throughout Texas that slavery was ordained by the Lord Almighty. The Rangers’ horrific treatment of African-Americans after the war equaled that in Mississippi and Georgia. Between 1865 and 1930 there were 450 lynchings in Texas, mostly of blacks, which the Rangers ignored. “White citizens in many cases treated them as public entertainment — spontaneous and gruesome versions of the county fair,” Swanson writes. “Vendors circulated through the mobs with refreshments. Photographs of corpses hanging from nooses were sold, and mailed, as picture postcards.”

In graphic detail Swanson recounts the 1893 murder of the African-American Henry Smith, of Paris, Texas. Charged with murdering a girl, Smith was seized from jail and tossed into the public square. Thous

ands of spectators cheered as the father and brother of the victim tortured Smith with red-hot irons. “They started with his feet, worked their way up to his face and plunged the irons into his eyes, after which they tossed him onto a pile of burning wood for a live cremation,” Swanson writes. “Smith writhed and screamed in the initial moments on the pyre.” The Rangers refused to investigate the mob killing.

Given this history, Swanson is understandably irked that both the Dallas Airport and a billboard along I-35 for the Texas Ranger Hall of Fame and Museum in Waco feature the words “One Riot, One Ranger.” The phrase refers to a comment allegedly made by Bill McDonald of the Rangers when he had shown up to quell a mob. An incredulous local asked why he was alone. McDonald is said to have responded, “You only have one riot, don’t you?”

Contrary to McDonald’s defiant motto, when the police in the railroad town of Sherman arrested George Hughes, a black farmworker, for sexually assaulting a white woman, the town erupted. The Ranger Frank Hamer — who became famous for leading the ambush that killed Bonnie and Clyde in Louisiana — retreated from Sherman as angry white citizens hanged Hughes on a cottonwood tree. “One man with a knife severed Hughes’s penis and stuffed it in the dead man’s mouth,” Swanson writes. “Some from the crowd piled boxes beneath the body and started a bonfire. The body of Hughes was roasted.”

The Texas Rangers became a national phenomenon when Zane Grey, the Ohio dentist who wrote western pulp novels, published “The Lone Star Ranger” in 1914. This became the basis for movies in 1919, 1923 (starring Tom Mix) and 1930. Reporters started tracking down old-time Rangers from the Indian War days and celebrated their manly virtues, warping history in favor of white male superiority. Lyndon B. Johnson, for one, loved to quote the motto attributed to Capt. Leander McNelly: “Courage is a man who keeps on coming on.” (Belief in this macho Ranger aphorism may have been one reason Johnson refused to extract American troops from Vietnam in the late 1960s.)

During the Great Depression the Rangers made a terrible political choice and backed the incumbent governor Ross Sterling against Miriam “Ma” Ferguson. After Ferguson won, she fired every Ranger on the force, and formed a new Ranger class from scratch. But the Ranger persona was catapulted to fame once again in 1949 with the “Lone Ranger” television show. (It had begun as a radio program in 1933.) The popular series portrayed Rangers as honest lawmen out to protect the American way, and the image stuck. Ignored during the Cold War era were Ranger misdeeds like working to “keep black children out” of public schools, even though federal courts had mandated that Texas must integrate.

While Swanson ably deals with botched Rangers work like the 1980s investigation of the serial murderer Henry Lee Lucas, the most gripping drama of “Cult of Glory” is found in the early chapters. With the exception of their Stetson hats and cowboy boots, the 21st-century Rangers are merely an official state police force, tamed by scrutiny, Miranda warnings and civil rights suits. And the 160 or so Rangers still working the beat in Texas aren’t a whites-only club anymore. Instead of stabbing suspects with bowie knives, the often-deskbound Rangers, in recent years, are commonly assigned to investigate financial crimes and security fraud.

When the Texas Rangers baseball team was christened in the early 1970s, the likes of Sam Walker and Bigfoot Wallace were sanctified in Texas history just like the Alamo defenders. While Swanson has done a crucial public service by exposing the barbarous side of the Rangers, their Wild West escapades continue to be taught in Texas schools. “They’re still answering the call,” Swanson writes of the modern-day Rangers. “Still ready to ride to the rescue. Ready to chase robbers, lasso rustlers, punish killers and nab locker-room pickpockets. And to do it with the swagger — if not the abandon — of old.”