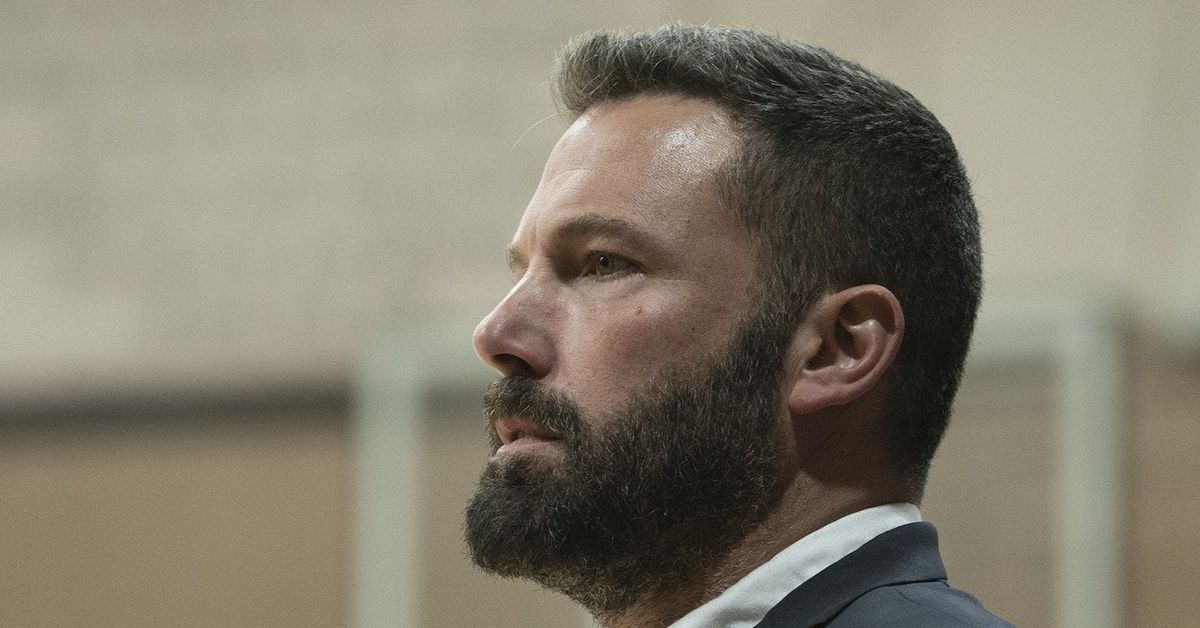 I like watching Ben Affleck perform. He has a bit of an old-school movie star quality about him, taking up space on screen, drawing your eye wherever he goes. He’s a big man, and when he emotes, you can feel the energy vibrating off of him. The quality of his movies has varied wildly over the past few years (and his last film, The Accountant, directed, like this film, by Gavin O’Connor, was actively bad), but he has that distinctive quality that marks out a movie star — no matter who he’s playing, you don’t forget you’re watching Ben Affleck perform.

But for years, the off-screen Affleck has overtaken the on-screen one, fodder for tabloid gossip (largely about his addictions and disintegrating marriage to Jennifer Garner) and “Sadfleck” memes that furnished a public narrative for private turmoil. The problem with being a star is that if people are thinking about you while you’re acting, they’re bringing all your baggage into watching your movie.

That’s why The Way Back seems like the most appropriate vehicle for Affleck now as he fights his way out of what seems like some serious darkness in his own life. (The tagline on the movie’s posters is, unsubtly, “One shot for a second chance.”) The movieworks quite well on its own, understated and willing to embody genre tropes while quietly subverting them. But Affleck’s history brings the story — of a grieving alcoholic trying to come back from the brink — both emotional heft and a kind of trustworthiness.

The Way Back starts out as a sports movie, but it turns into something more

Affleck plays Jack Cunningham, a former high school basketball star with strong prospects and a full ride to play college hoops. Now he’s a middle-aged construction worker and a raging (but relatively high-functioning) alcoholic. He hides booze on the job, keeps a beer in the shower, pounds can after can when he gets home at night, and has mostly cut himself off from other people — except his buddies down at the bar, who end up having to walk him home more nights than not.

At the start of The Way Back, the reasons for his addiction seem to be somewhat obvious: He and his wife (Janina Gavankar) split a year and a half earlier, and it sent him spiraling. But The Way Back isn’t quite as simple as that, and as the story unspools, so does Jack’s full backstory. It’s rarely just one thing that drives a person to addiction; a lifelong pile-up of pain drives Jack. 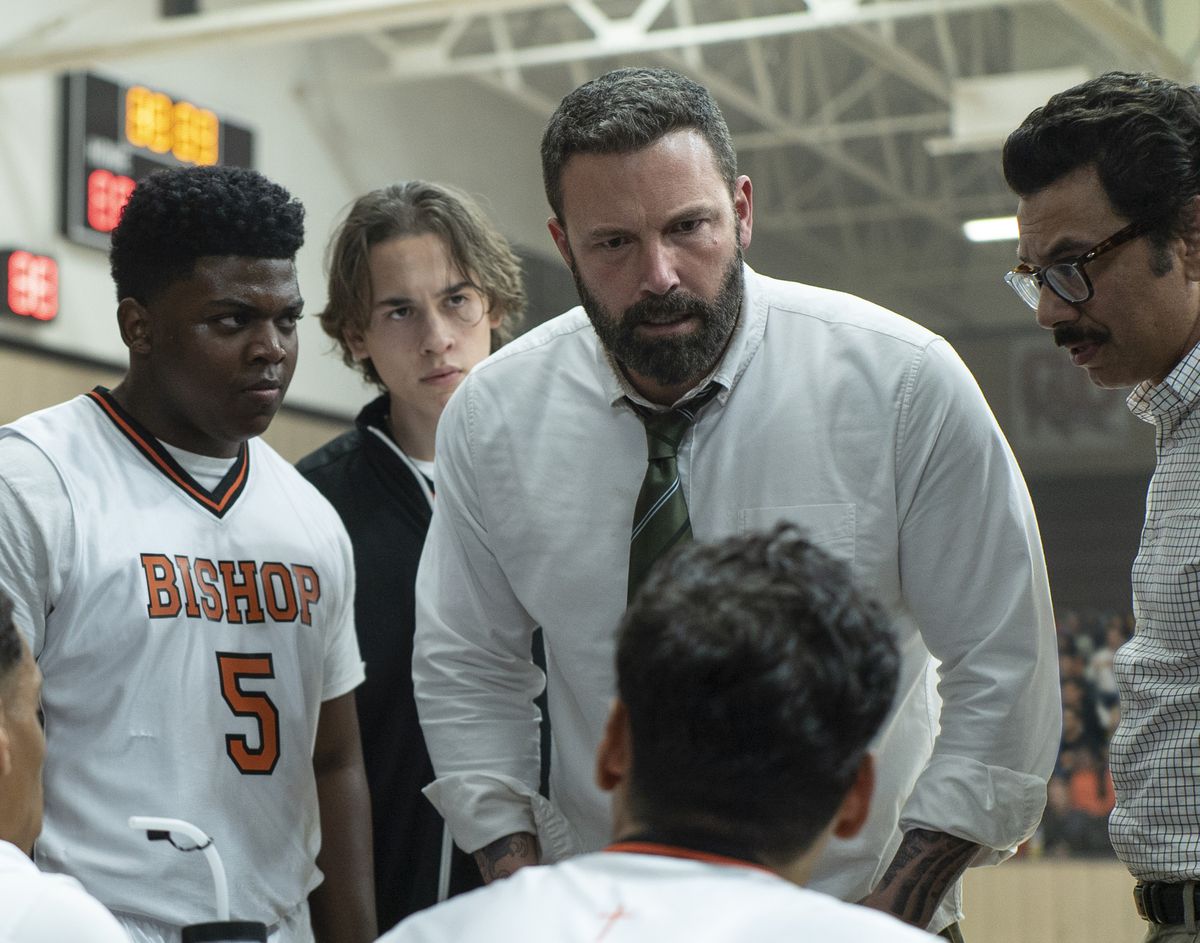 But it takes a while for those details to leak out. Jack is closed off and unrevealing, and the movie tracks with his emotional state. Which is why, instead of diving straight into his trauma, The Way Back firstsets itself up as a sports movie. Jack gets a call from the priest in charge of his former high school who asks him to step in as basketball coach for the flailing team after the previous coach’s health problems take him out of the job.

Why Jack came to mind isn’t entirely clear, nor is it obvious why anyone thought a former star player would necessarily be a great coach. But the team is desperate. Jack is equally desperate to refuse — for reasons that take a long time to become clear — but eventually he relents and agrees to take the job.

The team is ragtag and undisciplined, far from Jack’s glory days in the mid-90s, but in typical sports-movie fashion, he whips them into shape (with a lot of accompanying profanity, to the team chaplain’s horror), and they finally start winning.

At this point, it’s easy to imagine The Way Back slipping into the easy

grooves of a sports film, crossed a little with the “magical teacher” genre, especially since Jack is white and most of the team is not. Team starts winning, coach learns as much from the kids as they learn from him, somebody gets a scholarship, Jack confronts his demons. We know this outline.

But The Way Back never gets too comfortable in one place, and every time it feels as though it might be slipping into cliche, it half-twists into something new. The Way Back is a movie about an addict who happens to coach high school basketball, and the latter never overtakes the former. (In a telling move, we watch the lead-up to the first game but skip the game entirely, just showing the final score. This is not, the film reminds us, a storyabout the healing power of sports.) Sometimes the accumulation of misery in Jack’s past starts to feel like too much, as if it’s contrived; then again, it’s all well within the range of the possible, and the build-up of tragedy reminds us that Jack’s addiction likely didn’t spring up out of nowhere; it’s a learned behavior with a long, long tail.

As with last year’s Waves, it’s remarkable to note how The Way Back most closely resembles the “redemption” narratives that are familiar in inspirational films — and particularly wildly successful Christian films — but steps away from those films’ easy answers. Too often the genre is averse to depicting just how dark and broken people can become. And certainly the level of alcoholism and salty language in The Way Back disqualifies it instantly for the Christian movie genre, despite the many prayers and a few religious discussions.

But The Way Back isn’t just a redemption story; it’s also marked by an uneasiness with the idea that there’s some simple path out of hell for Jack or anyone like him. Life doesn’t get easier for him, the pain doesn’t go away, and the things he wants fixed aren’t going to resolve themselves. But something has shifted inside of him. He’s stepped onto a road that is leading somewhere. 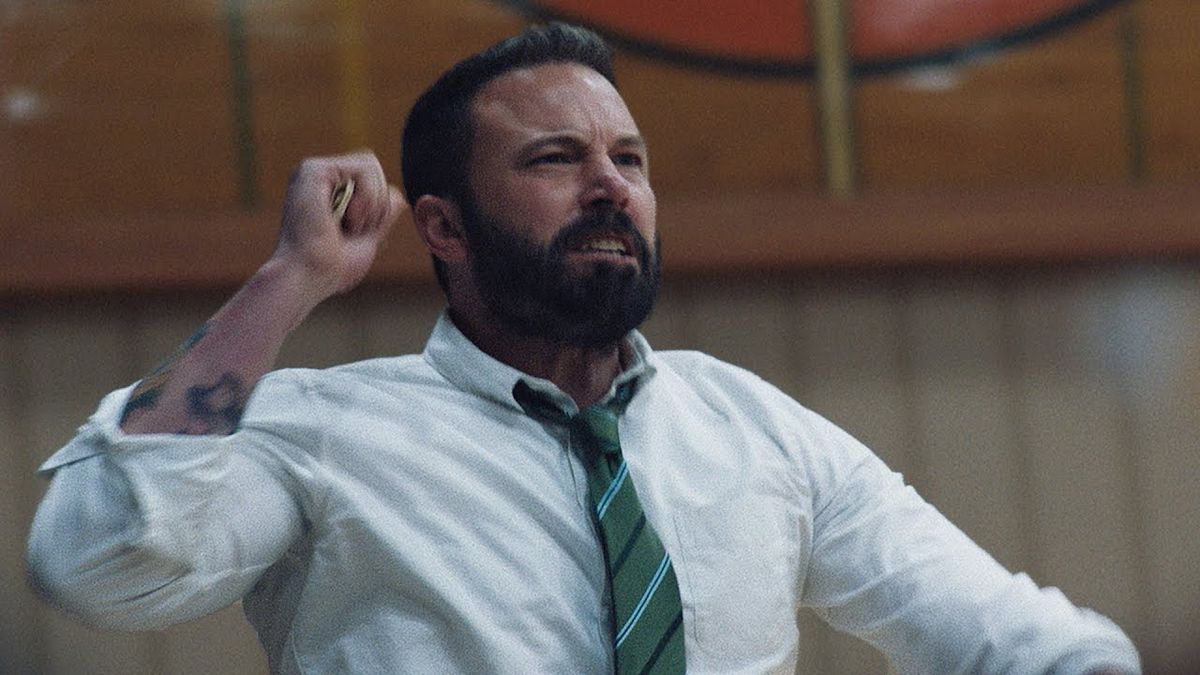 Ben Affleck in The Way Back.
Warner Bros.

Meanwhile, as Jack is forced deeper into past hurts he’s tried to bury, Affleck’s performance gets more and more raw. He always seems to be on the verge of tears and explosion. At one key moment, when he’s been brought to a breaking point, you can sense the volcano inside that’s propelling him toward destruction. It is painful to watch.

This is familiar territory for director O’Connor, who despite flubbing The Accountant has proven himself capable, in movies like Warrior and Miracle, of craving both a compelling sports drama and exploring something interesting about how men are taught — and then have to relearn — how to deal with challenge and grief and relationships.

The Way Back feels more mature than those films, no doubt due partly to Affleck’s performance. It hearkens back to the kind of original mid-budget films that were rampant in Hollywood in the 1990s, serious dramas for adults that aren’t necessarily hunting for awards-season glory. Movies like this one are just looking for an audience with whom they’ll resonate.

And the seriousness of The Way Back — its unwillingness to take the easy road, and Affleck’s total commitment to letting his personal rawness inform performed pain — should ensure those audiences find what they’re looking for.

The Way Back opens in theaters on March 6.

An Oral History of LimeWire: The Little App That Changed the Music Industry Forever