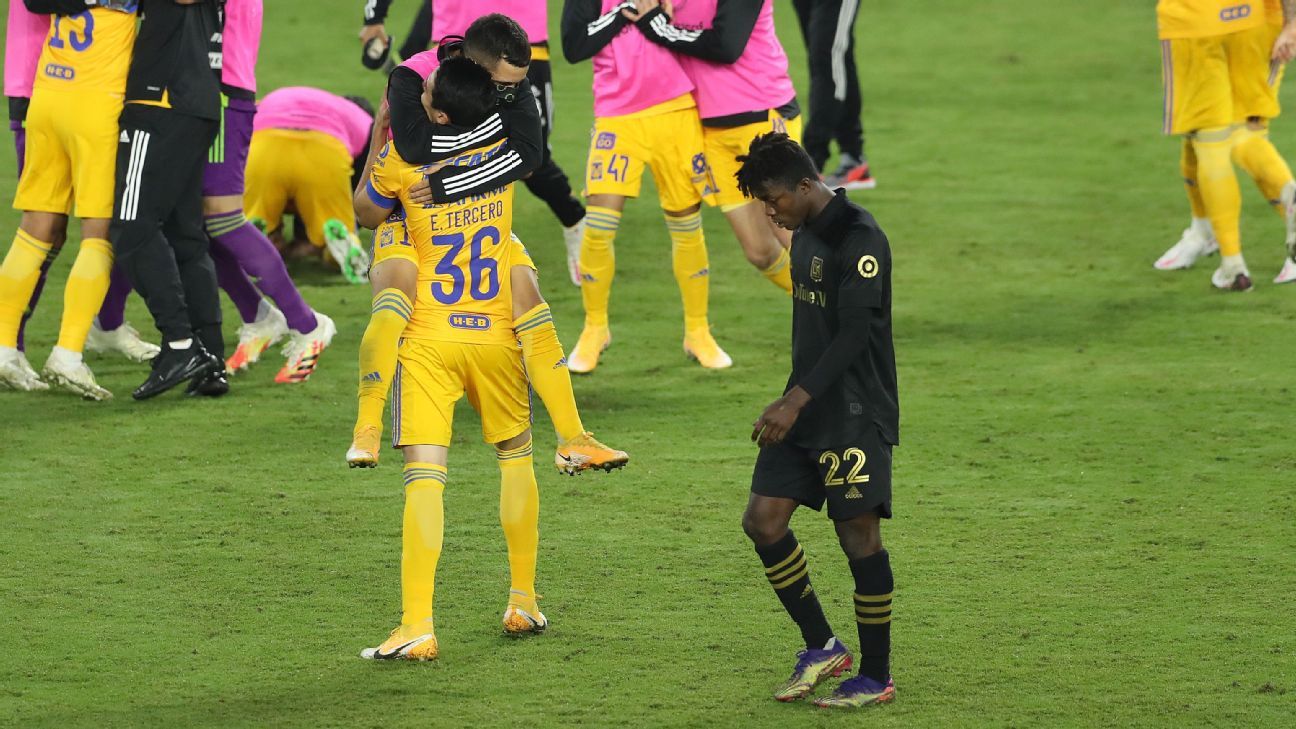 Back in 2019, Tigres‘ French striker Andre-Pierre Gignac said he wouldn’t hang up his boots until he had won “that damn trophy.” After three CONCACAF Champions League final losses in four seasons, Gignac and the whole Tigres institution — the self-declared “team of the decade” in Liga MX – had become infatuated with lifting the CCL and booking a place at the Club World Cup.

Finally, it happened on Tuesday, with the team from Nuevo Leon securing a 2-1 win in the final over LAFC in Orlando, even if the gallant MLS side led by Carlos Vela pushed it to its absolute limit. LAFC caused Tigres real problems with its incessant pressing for much of the final, but it was Gignac, who had done very little of note all game, who slotted in the winner from the edge of the penalty area six minutes from time. “At last we’ve won that damn cup boys!” Gignac shouted in his TV interview after the game, referencing his previous comment.

Was it deserved over the 90 minutes? Probably just about, but in the 61st minute, Tigres had fallen behind to a Diego Rossi goal that involved build-up play from the right-back position that makes it a candidate for one of the best goals a CCL final has ever seen.

Major League Soccer is on ESPN+. Seattle is the reigning champion of the 26-team league, which added Nashville and Miami to the fold in 2020.

Aside from that moment of brilliance, this wasn’t a classic for the neutral. There were 40 fouls (17 from Tigres, 23 from LAFC), yet it was tactically interesting, with both these teams used to dominating possession in their domestic leagues. Tigres tried to pass the ball out from the back, but LAFC was snapping every time the ball was moved forward into midfield. The problem for LAFC was that when it did win the ball back, it couldn’t manage to get Rossi or Vela on the ball in dangerous positions as often as it usually does.

“It’s a title we’ve looked for and tried to win three times, but have never managed it,” Tigres coach Ricardo “Tuca” Ferretti said in a video conference after the game. “We’ve had lots of criticism, some not very nice. Today the team achieved it against a great team.”

“Personally, I like a lot how [LAFC head coach Bob] Bradley manages, trains and his team plays,” he continued. “We beat a great opponent that plays well with the ball, recovers well with [sometimes] a high press, [sometimes] a low press and from all sides.”

Bradley was visibly and naturally disappointed in his

Bradley didn’t take too kindly to a question about the gap between Liga MX and MLS, a topic of much internet chatter, but one both coaches sought to avoid. “Those things I could not care less about,” he said.

Yet there’s no looking past the fact MLS’ drought in CONCACAF’s club competition is now set to extend beyond two decades, while Mexican teams have now won the last 15 editions. Liga MX clubs dominate CONCACAF like no other nation’s teams in any other confederation. Every year MLS clubs don’t win the title, the pressure and even desperation to do so increases.

The rational reality is that the games have become increasingly competitive, with MLS teams winning 13 of the last 31 between clubs from the leagues over the last three years in the competition. LAFC’s defeats of Club Leon, Cruz Azul and Club America en route to the final also turned heads not only because of the results, but also due to a style of play that is aggressively attacking, has a wealth of technical ability and is possession-based, unlike the old stereotypes of MLS teams that sit back and hit on counters.

No Liga MX club could afford Carlos Vela, who had been key in those victories against the Liga MX teams. But the Mexican charged with winning MLS’ first CONCACAF title since 2000 wasn’t able to conjure the same magic that saw him score five times in the first four games of the tournament.

This loss will feel like an opportunity missed for Bradley’s team, as harsh as that sounds after a positive run to the final in only the franchise’s third year of existence. In an imperfect 2020 disrupted by the COVID-19 pandemic, CONCACAF held the tournament in an Orlando bubble and cut the quarterfinals down from two legs to one. For MLS teams, not traveling down to Mexico — especially to stadiums at altitude — and only playing over 90 minutes offered a better chance of success.

In the end, though, Tigres rallied from behind, equalizing through a Hugo Ayala header in the 72nd minute. From there, Tigres dominated the end of the game, with LAFC seeming to tire and becoming nervous at the back. Mexico international Luis “Chaka” Rodriguez tested the backline when he burst forward down the right and cut inside, squaring a pass to Gignac, who made no mistake with the finish. The 35-year-old former France international, who is a naturalized Mexican citizen and an icon at Tigres, has had many highs in Mexico after winning four Liga MX titles. For a player who defied conventional wisdom in 2015 by rejecting Europe’s top leagues and heading to Mexico, lifting “that damn trophy” would have felt especially good.

The Story of Glory! – SoarwithGlory