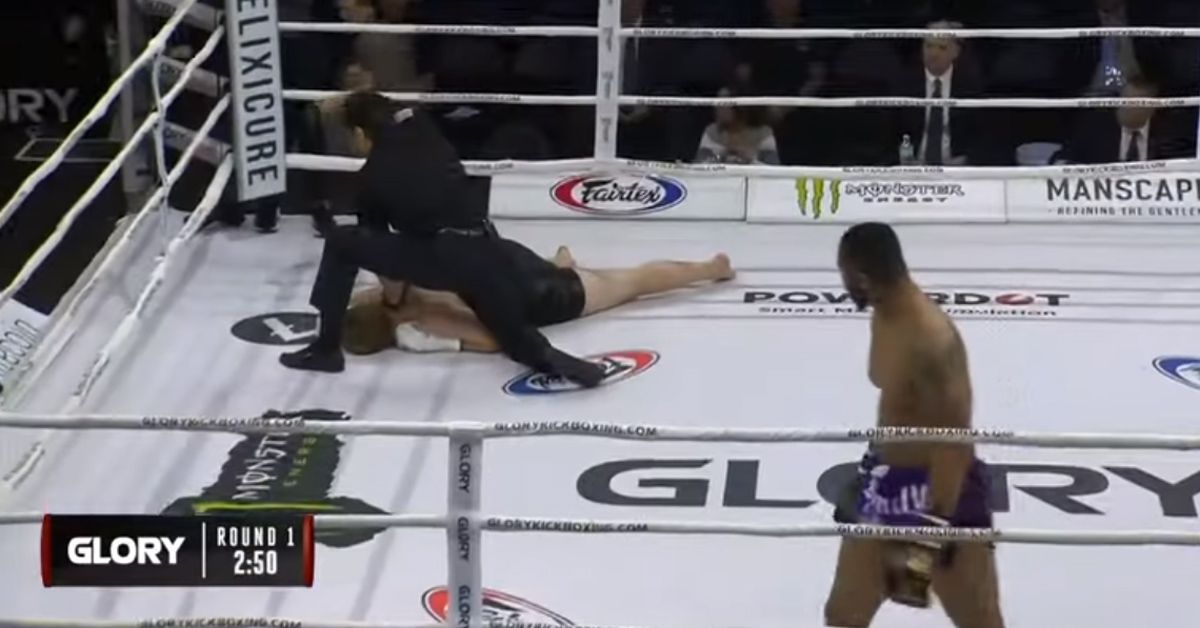 Even without the UFC in action this weekend, there were knockouts galore across the rest of the combat sports world. You had Deontay Wilder’s impressive KO of Luiz Ortiz (watch the finish here) and then over in Chicago you have this impressive knockout from the Glory 72 Superfight Series between heavyweights John King and Tom Matlon.

corpse until the ref waved things off. Right from the opening bell he stalked forward, taking a kick to the body before responding with a big overhand right that staggered Matlon. A tight left seemed to be the punch that really did the damage but King hit him again going down for good measure with another right.

It’s a bit of art and a new record for Glory Kickboxing that we imagine will stand for a while.