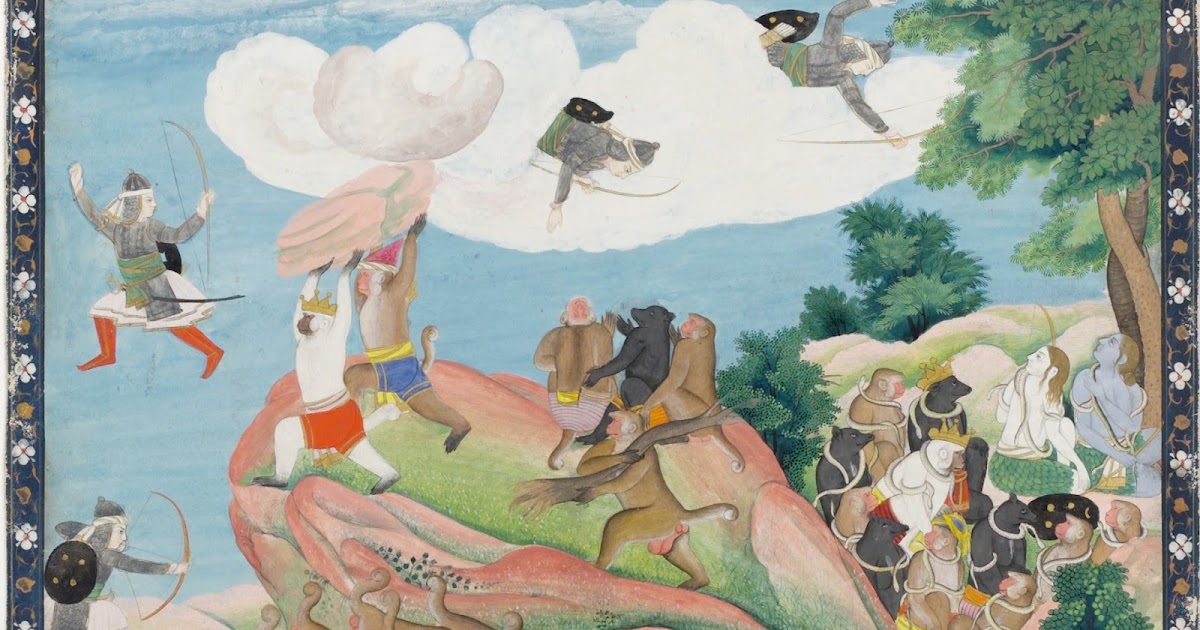 Indrajit looked around him, his eyes widening from the sheer brutality of what he was looking at.  His army of demons was being defeated, and on their home turf no less.  For the first time since his demon brethren began battling Rama and his army of monkeys, an unfamiliar feeling started to creep up deep from within Indrajit…fear.  Not only fear, but doubt as well.

How is this possible? My father was so sure of a one-sided victory…

the demon prince thought to himself.  An accomplished fighter in his own right, Indrajit had never lost a battle.  The confidence that Ravana had going into this epic fight was contagious to Indrajit; it would be impossible for them to lose.  But watching his demons get slaughtered mercilessly from a seemingly endless onslaught of monkeys is not what Indrajit expected in this war.  And Rama…he was as fearsome and powerful as the stories told.  He truly was a warrior of legend.

Perhaps Vibhishana was right…maybe Ravana is in over his head.  Maybe this is all a mistake…

Indrajit’s thoughts began creeping to a dark place.  A place of defeat.  Just as Indrajit was giving up hope, an idea popped into his mind.

He grinned; Indrajit knew it was not the most noble or honorable way to defend his home of Lanka, but at this point what did it matter?  Using his magic, the demon prince made himself invisible.  He began aiding all of his allies, tearing through the enemy like a mystical wind.  The monkeys

were confused at this sudden change of pace; how were so many of them going down?  And who was this new assailant? Collectively, the army of monkeys began to panic.  This completely turned the battle in favor of the demons.  The monkeys were retreating, allowing Indrajit’s generals to make a charge.  After taking out several thousand monkeys, Indrajit was starting to get his swagger back.  He began frantically looking through the crowd, with only one thing on his mind.  Finally he found the two legendary brothers at the front-line of the monkeys.  They were trying to restore order.  Indrajit wailed out an evil laugh, knowing that this was his moment.  Using his magic, he drew back tens of thousands of invisible arrows.  While the brothers had no trouble blocking Indrajit’s attacks when he was visible, he knew that this was a different story.  The demon prince took a deep breath, relishing his moment, and then…he fired. 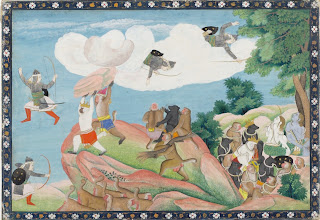 Indrajit attacks both Rama and his brother Lakshmana.

Author’s Note:  This story was inspired by the story called

from the Public Domain Edition of the Ramayana.  In the original story, we hear an objective point of view that glosses over some details within the fight, particularly the thought process of Indrajit.  I thought Indrajit was a really important character and I wanted to know more about what he was thinking throughout the fight, so I decided to rewrite this battle scene from his point of view.