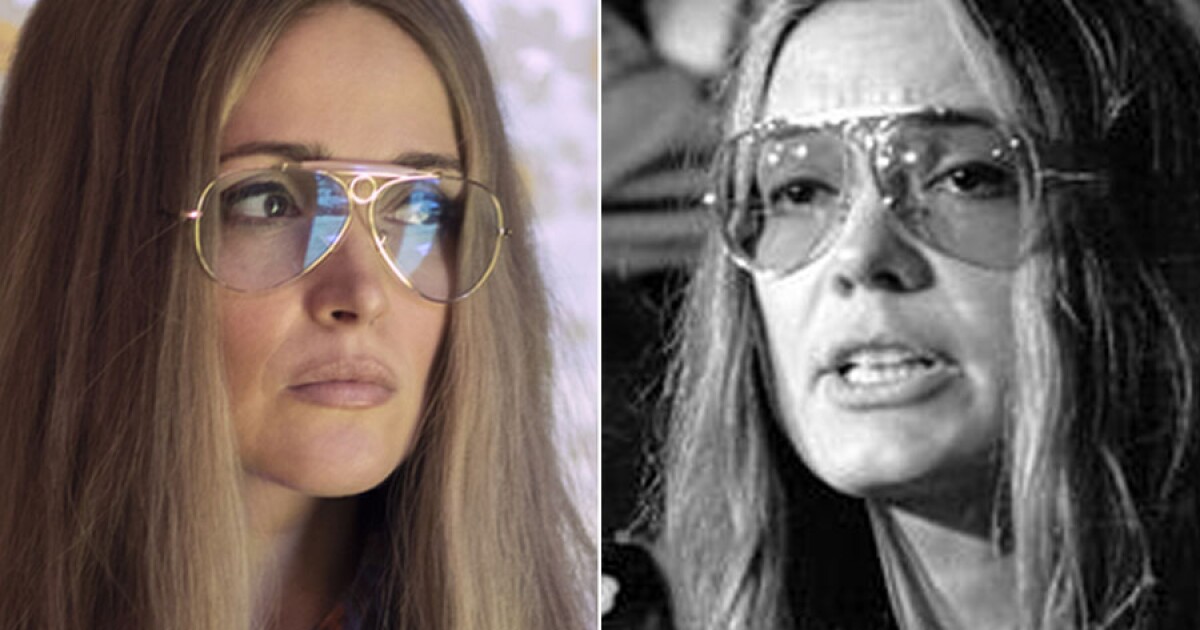 If you’ve watched any of “Mrs. America,” the star-studded miniseries about the battle over the Equal Rights Amendment, you may be wondering how accurately it captures this divisive chapter in American political history.

The nine-part drama pits conservative activist Phyllis Schlafly (Cate Blanchett) and her followers against a band of feminist all-stars led by Gloria Steinem (Rose Byrne), Bella Abzug (Margo Martindale) and Betty Friedan (Tracey Ullman), who are prone to spirited internal debates. Creator Dahvi Waller and her team of writers conducted extensive research into Second Wave feminism and the rise of the new right in the 1970s.

Like nearly all works of historical fiction, “Mrs. America” takes some liberties, particularly when it comes to private conversations behind closed doors, and offers a necessarily subjective take on highly polarizing figures such as Schlafly, whose family has been critical of the series. But when it comes to events in the public record, “Mrs. America” hews very close to the facts, often quoting feminist leaders and their critics verbatim.

“Overall, they have done a very good job,” said historian Marjorie Spruill, author of “Divided We Stand: The Battle Over Women’s Rights and Family Values That Polarized American Politics.”

In Episode 2, Steinem launches Ms. magazine and faces criticism from within the feminist movement — particularly the prickly Friedan — as well as its opponents. Meanwhile, Schafly’s profile begins to rise as she mobilizes her followers against the ERA.

Here’s a look at fact versus fiction in “Gloria”:

The movement to stop the ERA gained steam quickly, thanks to the Schlafly Report

“Gloria” opens as Ann Patterson, an ERA opponent from Oklahoma, calls Schlafly to tell her about how she and other activists had defeated the ratification of the amendment in her home state, thanks to “one little article in your newsletter.”

After the Oklahoma Senate passed the ERA on a voice vote, Patterson and others urged the House to reconsider. “They said, ‘Don’t rush through and just pass this thing because there are a lot of us who are opposed,’ and they stopped it from being ratified. That’s when it all began. And that was within the first week after the amendment went to the states,” Spruill said. From there, Patterson reached out to Schlafly and began mobilizing women in other states using Schlafly’s contact list.

Schlafly “didn’t come out of nowhere,” Spruill said. “She had this network all ready to go when she decided to take up this issue.”

In “Gloria,” Schlafly decides the Stop ERA movement needs to “make some noise.” The group calls on Schlafly to be their spokesperson — much like Steinem has become the public face of the women’s movement — and an appearance on “The Phil Donahue Show,” where Schlafly rails against feminism and stokes fears about the ERA, contributes to her ascent in the media. In a 2011 interview, she called the appearance “one of the things that began to rally the troops for our side.”

Long before cable news created a demand for 24/7 political spin, Schlafly understood the power of what we might now call “trolling.” She was extremely accessible, often answering her own phone, and was “always ready with a pithy comment,” Spruill said, which made her appealing to talk-show bookers. The Stop ERA movement “established her as the single point of contact” so producers always knew who to call. This also meant Schlafly was virtually the only person to represent ERA opposition on TV, and no other anti-ERA figure approached her level of notoriety.

Schlafly was also a powerful organizer, holding annual meetings where she’d provide media training to her followers and teach them “how to take a question and turn it into one you want to answer,” Spruill says. “I think of that every time I see Kellyanne Conway on television.”

(You can watch Schlafly’s appearance on “Donahue” and dozens of her other interviews, via the Eagle Forum’s YouTube account.)

Homemakers baked bread — and pies and cakes — for legislators

As the ERA is up for a vote in her home state of Illinois, Schlafly and her supporters storm the capitol armed with loaves of jam and bread addressed “from the breadmakers to the breadwinners.”

ERA opponents brought homemade goods to legislators in several states, Spruill said. (You can also read about this tactic in a People Magazine profile from 1975.)

“They had this belief that you catch more flies with honey than vinegar. Part of their strategy was to say, ‘We are happy with the relations between men and women as they are and we want you to keep on providing and protecting for us.’ And they believed that most of the men in power didn’t really want a big change in gender roles.” The tension between Friedan and other feminist leaders, especially Steinem, was real — and maybe worse than “Mrs. America” makes it seem

It’s not exactly a secret that Friedan frequently clashed with her fellow “libbers” over a number of issues, including lesbian rights.

The friction between Friedan and her more progressive successors in the women’s movement was well-documented — and arguably sensationalized — by journalists at the time. The quote Steinem is asked about at the Ms. magazine launch party in “Gloria” (“The media tried to make her a celebrity, but no one should mistake her for a leader”) is pulled directly from a speech she made in February of 1972, which was picked up by the media.

Throughout 1972, Friedan repeatedly smeared Steinem and Abzug as “female chauvinists” who were looking to profit off the women’s movement. In a famed November 1972 dispatch for Esquire magazine, Nora Ephron painted Friedan as an abrasive, slightly pathetic figure desperate to maintain her influence and Steinem as the amiable, stylish younger woman who became the movement’s public face.

While the media no doubt relished stories of feminist infighting, “Mrs. America” arguably downplays the private animosity between Friedan and her peers. In her memoir, “My Life on the Road,” Steinem also says that Friedan once refused to shake her mother’s hand and recalls a time Abzug yelled at Friedan so ferociously she damaged her vocal cords.

But as “Mrs. America” captures, Steinem resisted taking the bait in a public forum. “I never responded in person or print, on the grounds that it would only feed the stereotype that women can’t get along,” she writes, also citing an aversion to confrontation rooted in her childhood.

For Steinem, abortion was personal …

Steinem’s memoir “My Life on the Road” is dedicated to John Sharpe, the London doctor who agreed to provide her an abortion, which was then illegal, when she was 22 and on her way to India — a formative moment depicted in “Mrs. America.” Sharpe made her promise two things: that she would not share his name while he was alive and that she would make something of her life. Steinem and black feminist leader Flo Kennedy, played in “Mrs. America” by Niecy Nash, both frequently recounted the story alluded to in “Gloria” about a female taxi driver who quipped that “if men could get pregnant, abortion would be a sacrament.”

Much like the character in “Mrs. America,” the real Steinem has expressed exasperation with the way media coverage centered on her looks and style. In “My Life on the Road,” Steinem suggests that the fixation with her appearance increased as she moved away from journalism and became more involved in the women’s movement. “I had been called a ‘pretty girl’ before I was identified as a feminist in my mid-30s. Then suddenly I found myself being called ‘beautiful,’” she writes, attributing this shift to the stereotype of the ugly feminist. “This grew into an accusation that I was listened to only because of how I looked, and a corollary that the media had created me.”