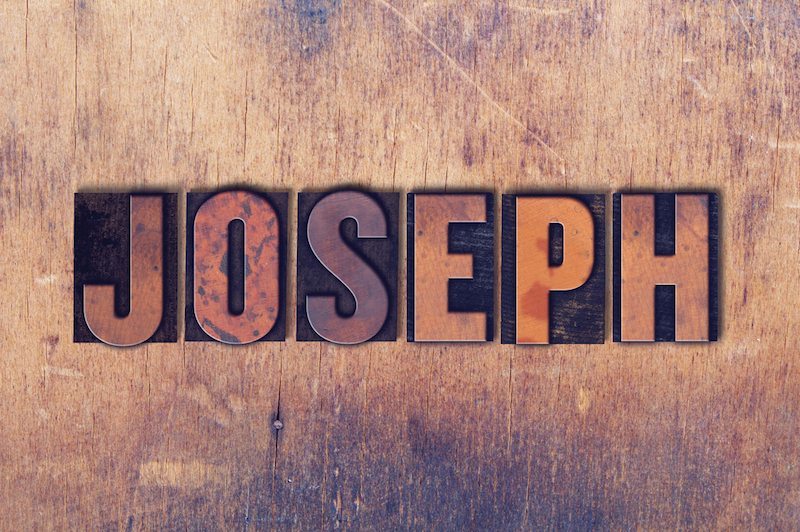 Moses gives Joseph more time in Genesis than he does any other character—a striking fact given the significance of Genesis’s other main characters: Adam, Noah, and the patriarchs Abraham, Isaac, and Jacob. This prominence is even more striking considering the apparent insignificance of Joseph in the rest of Scripture.

What then do we make of the Joseph story? Why is it so prominent in Genesis?

Many Christians fail to notice how Joseph’s story contributes to the Genesis narrative and to redemptive history in general. Within Reformed circles, preachers often use Joseph merely to illustrate how divine sovereignty and human responsibility intersect, focusing almost exclusively on Genesis 50:20: “What you meant for evil God meant for good.” Certainly, we are meant to read Joseph’s life in light of this verse. God’s sovereignty is a major theme in Genesis 37–50, and Joseph himself intends for us to interpret his life in light of God’s providence (cf. Gen. 45:1–9).

But reducing the story to an illustration for the doctrine of compatibilism misses the rich contribution Joseph’s life makes to the storyline of Scripture. God’s sovereignty figures largely in the Joseph story because God wants us to see how he puts himself in impossible situations and yet finds a way to keep his covenant promises. Joseph highlights how God’s providence secures God’s promises.

In this light, we can see how Joseph uniquely contributes to Scripture’s opening book.

Genesis records a series of reoccurring threats that endanger the survival and purity of the covenant line. In chapters 37–50, all the threats converge, creating an impossibly dire situation for Jacob and his children:

Yet God uses Joseph to resolve each of these recurring problems in Abraham’s family:

Through Joseph, God is reversing the curse—unraveling violence through forgiveness, unrighteousness through righteousness, and hunger through wisdom.

Through Joseph, Yahweh blesses the nations. Potiphar appoints Joseph as a steward over his house; then God blesses Potiphar for Joseph’s sake (Gen. 39:4–5). Later we again find Joseph established over the house of Pharaoh (Gen. 41:40). The result is the same: Joseph blesses the nations by providing grain during a severe famine, first for Egypt (Gen. 41:56) then for all the earth (Gen. 41:57).

Even the kingship promise comes to fruition with Joseph. Forecasting Joseph’s place in the Egyptian court, Joseph’s dreams anticipate his royal position. Even his “coat of many colors” is royal garb (cf. 2 Sam. 13:18). At the beginning of Genesis 37, readers have awaited—prophetically, typologically, and by covenant promise—the arrival of a royal seed through the line of Abraham (Gen. 17:6, 16; 35:11). Now, in the opening verses of the book’s final section, Joseph’s introduction heightens that anticipation. Readers who remember these promises cannot help but ask, “Are you the one who is to come, or should we expect another?”

Joseph’s later rise to the royal court, then, is not merely evidence of God vindicating Joseph’s faithfulness. It is tangible evidence of God’s unswerving commitment to restore human rule through a son of Abraham. God promised Abraham a dynasty, a royal seed. Joseph is the first of that seed, a new Adam mediating God’s blessings to the nations—a beloved son and a servant king.

What does all this have to do with divine providence? While Moses keeps Joseph center stage in Genesis 37–50, the main actor is God himself. The story isn’t just about how Joseph fulfills the Abrahamic promises, but about how Yahweh keeps his covenant and fulfills his promises through a rejected but royal seed. The covenant is secure in the hands of the God who can sovereignly orchestrate the actions of evil men for his good purposes (Gen 50:20). Through Joseph, God is reversing the curse and fulfilling his promises to Abraham.

The Joseph story is not just the last item in Genesis, but the resolution of the Genesis story. Genesis takes readers on a journey from fratricide to forgiveness, from famine to feast, and from promise to fulfillment.

Is Joseph a ‘Type’ of Christ?

These observations raise the question of whether Joseph is a “type”—a divinely intended prefiguring—of the Messiah. Most interpreters throughout church history have affirmed Joseph is a type of Christ—noting several obvious correspondences between the two figures. Joseph is a favored son, rejected by his brothers, and yet through faithfulness and suffering ascends to the highest throne in the land.

Yet these similarities are not the only points of contact between Joseph and Jesus. More pointedly, Joseph’s life anticipates the Messiah’s because God uses him to fulfill covenant promises and undo the effects of the curse.

Interestingly, Genesis itself suggests that Joseph is a type in Jacob’s blessing of Judah: “Judah, your brothers shall praise you; your hand shall be on the neck of your enemies; your father’s sons shall bow down before you” (Gen. 49:8).

Jacob depicts the coming king from Judah with imagery that closely resembles Joseph’s narrative. Judah’s brothers will praise and even “bow down” before him—the same word used three times when the brothers bowed to Joseph in the dreams (Gen. 37:7, 9, 10) and another three times when they bowed before him in the Egyptian court (Gen. 42:4; 43:26, 28). Indeed, the image of 11 brothers “bowing” to their royal sibling in Genesis 49:8 reads like a summary of the preceding Joseph story. This similarity is deliberate. When we ask what the coming Messiah will look like, we have an answer provided in Jacob’s words—he will look like Joseph.

This verse is not the first time Joseph and Judah have been closely linked. In fact, throughout the story Moses has juxtaposed these two individuals. They dominate the three most critical moments of the Joseph story: its beginning (Gen 38 and 39), its climax (Genesis 44 and 45), and Jacob’s prophecy (Gen 49)—the capstone of both the Joseph story and the entire book of Genesis. Joseph and Judah’s stories are interwoven. Jacob’s prophecy shows that both foreshadow the coming king of Israel.

By drawing a typological line from Joseph to the future king from Judah, Moses explicitly folds the Joseph narrative into Israel’s larger story, which will culminate with the Messiah. This association retrospectively informs our reading of the story. To ensure that his readers see Joseph as a royal figure with eschatological significance, Moses now makes that point plainly. The account of Joseph is not an end in itself. It is a pattern for God’s work in the future.

Echo of the Future

Genesis 37–50 is not just about God’s providence; it’s also about his promises. God uses Joseph to turn back the effects of the curse and accomplish, in part, his promises to Abraham. He stacks the odds against himself and then demonstrates his power by using an imprisoned slave exiled by his own family.

Gloria Grahame — You Must Remember This

Return to Glory – The Story of the 2001 Duke Blue Devils