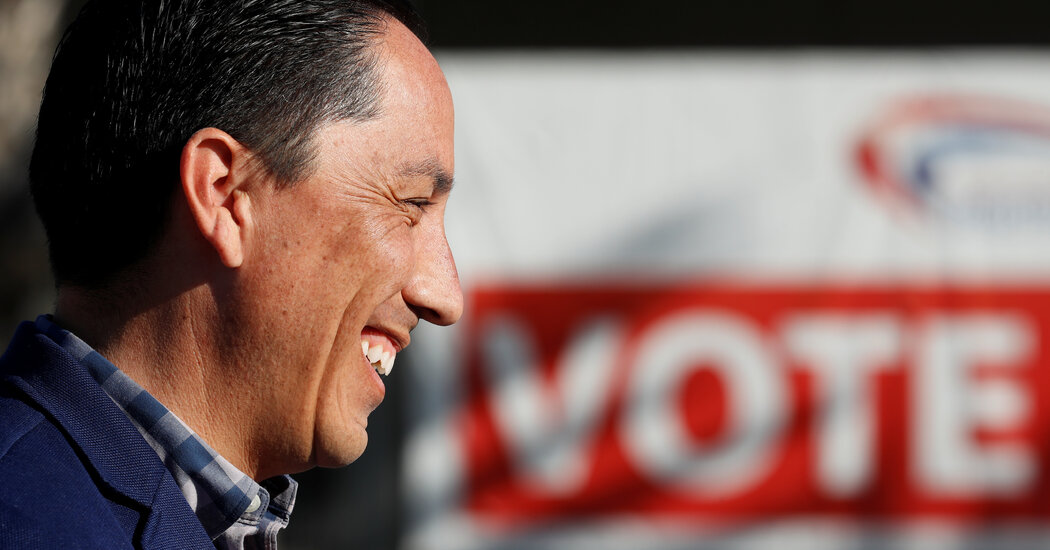 Thursday: He’ll be a history-making mayor of the state’s second biggest city. 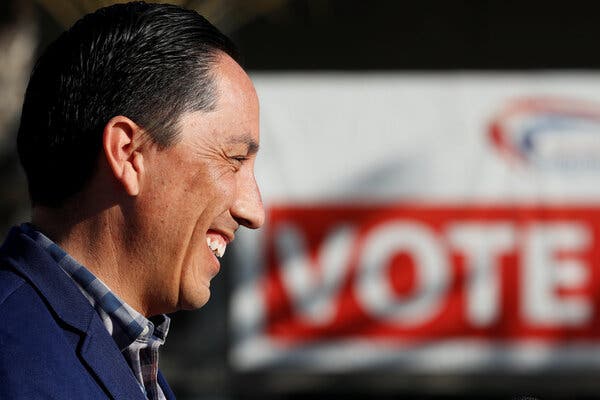 It often feels like a smaller town, though — especially in its local politics. As the Voice of San Diego reported recently, its mayor-elect, Todd Gloria, currently a state assemblyman, aims to change that.

Mr. Gloria will be the city’s first mayor of color and first openly gay mayor.

He may also be the most powerful mayor the city has ever had, The Los Angeles Times reported, as a Democrat leading a Democratic-majority council in the city’s “strong mayor” system. (Mayor Kevin Faulconer is known as a moderate Republican, more in line with past mayors. And he will be termed out.)

This week, I spoke with Mr. Gloria about his win and his priorities. Here’s our conversation, lightly edited and condensed:

Tell me about how you’re feeling and what it means to have all these historic distinctions, especially in the context of Kamala Harris’s win.

As a native San Diegan, this feels particularly sweet because growing up, I didn’t see a lot of people like me in government and that is now changing. And I think about what this accomplishment may mean for children of color, young L.G.B.T.Q. youth, who question if there’s a place for them in the city. And I hope that my election tells them that there is, if they’re willing to work hard.

[Read the background on California’s key races this election.]

I’m sure you’ve been over this, but for those of us who aren’t fortunate enough to live in San Diego, can you tell me about your background?

So my background is a little more complex and I love our vice president-elect because she’s making “multiracial” understandable. I remember growing up and basically having Tiger Woods and Mariah Carey to point to.

I describe myself as being a quintessential San Diegan. I am Native American, Filipino, Puerto Rican and Dutch. And the way that happened is that all four of my grandparents came to San Diego because of the military and to work in the defense industry.

You have these people from these very different backgrounds who are able to come here and make a life for themselves and I worry very much that stories like theirs are not replicable in San Diego in 2020. My public service is about trying to make sure those pathways of opportunity continue to exist.

Can you say more about what you mean when you say, and I’m paraphrasing, that San Diego is a big city, so it should act like one?

So I hate to start with a negative, but it doesn’t mean turning San Diego into Los Angeles. In fact, it’s in my DNA to resist that.

But here are a couple of quick examples of what I do mean: A good chunk of the primary election was spent debating vacation rentals and scooters. And these are our issues, but they’re not the biggest issues, and frankly, they’re issues other cities have successfully addressed. And we have not.

Another example is we’re spending more than we ever have on homelessness, but we’re not seeing the progress that San Diegans expect. And I think that’s largely because we’re not spending the money in following national best practices.

We’re doing things like buying indoor skydiving facilities to convert into homeless services centers that don’t have any housing. That’s small-town thinking in a big city.

I want to talk more about housing. I saw that you didn’t support S.B. 50, for instance, but you’ve been supportive of zoning for greater density in some areas. What’s your plan?

From where I sit as a state legislator, I see San Diego making efforts and I see a lot of cities doing nothing. So the state’s involvement in this, I think, is important.

I’m hopeful that a Biden-Harris administration will be a better partner from a federal perspective, particularly as it relates to very low-income housing, Section

But from a local level, there’s a lot we can do.

I think where we start to see opposition is when people feel that houses are being constructed without adequate infrastructure to protect quality of life.

San Diego County was just moved into the most restrictive purple tier of the state’s reopening plan after hanging on in the red tier for weeks. What’s your reaction to that? And how are you thinking about the city’s role in the response?

Obviously, it’s regrettable. And I know there are a lot of small businesses that are very concerned about this development, and particularly the sort of whipsaw back and forth, being open and being closed. That kind of uncertainty is bad for business generally. But it may be deadly. The only solution is to contain the virus.

The city can play a cooperative role in this effort by making sure that we continue to fight whatever pandemic fatigue there is, reinforce messaging around our individual responsibility to our collective challenge.

And as much as we talk a lot about business — and it’s understandable — I feel that we need to talk more about schools. In San Diego, where the city does not oversee the school district, there’s historically been a temptation to say that is therefore not our responsibility. I’m not willing to say that — it goes back to the small town, big city thing. You know, if you’re in the business of building a great city, you can’t do it without good schools.

Right now, our public schools are largely closed. And that’s because they can’t provide the testing and personal protective equipment and other precautions that are necessary to safely reopen.

I think that through working with the county, the state, the federal government, and I think particularly working with the creative relationship with the University of California, San Diego, that we can provide more resources, specifically in the form of testing, to allow our schools to more safely reopen.

I think that is going to be critical for businesses to reopen, for employees to be able to go back to work, to ultimately get our economy reopened.

(This article is part of the California Today newsletter. Sign up to get it delivered to your inbox.)

California Today goes live at 6:30 a.m. Pacific time weekdays. Tell us what you want to see: [email protected]. Were you forwarded this email? Sign up for California Today here and read every edition online here.

Jill Cowan grew up in Orange County, graduated from U.C. Berkeley and has reported all over the state, including the Bay Area, Bakersfield and Los Angeles — but she always wants to see more. Follow along here or on Twitter.

California Today is edited by Julie Bloom, who grew up in Los Angeles and graduated from U.C. Berkeley.