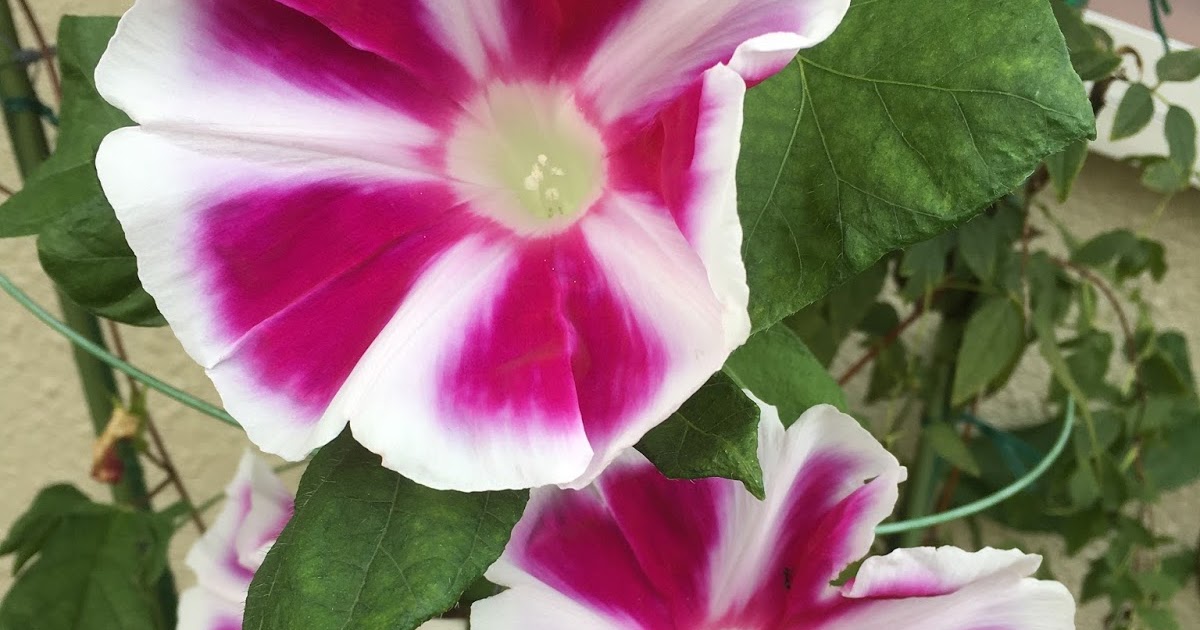 Summer holidays are nearly over for children in Japan (most schools go back on Friday) and for many kids that means a last-minute rush to complete their summer homework. One common project for elementary schoolers is to tend to and observe the Morning glory plants they started growing during the first semester (it’s common to see first-graders carrying these back home just before the summer holiday starts). Morning Glory is called asa-gao (朝顔) literally “Morning face” in Japanese signalling the fact that most of these flowers bloom in the early morning.

Japanese have a particularly strong affection for asa-gao; it was introduced in the 9th century and the Japanese were apparently the first to cultivate it as an ornamental flower, with

hundreds of varieties developed during the Edo period. Recently, Haneda Airport held an exhibition celebrating the asa-gao (left) ; the board below explains that the flowers symbolise (1) bonds of affection (aijō no kizuna =愛情の絆）, (2) short-lived love (hakanai-koi =はかない恋） and (3) solidarity/unity(kessoku =結束) – between humans and nature? Although, as the first paragraph suggests, it is clearly a summer flower – many
artists have painted it as a symbol of summer, particularly in Edo woodblock prints
– in haiku poems they are actually symbols of autumn, perhaps
reflecting the old calendar. Fukuda Chiyo-ni (福田 千代尼), regarded as one
of the greatest female haiku poets, wrote a number of poems on the Morning glory, including the following:

もらひ水 (I go to get water elsewhere)