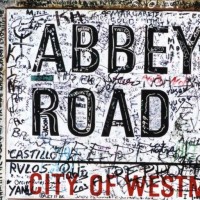 We’re back, and the next award is for Best International Male solo artist announced by ‘yorkshires answer to Beyonce’ to american rapper Jay Z, who is later to perform ‘Empire State Of Mind’ with Alicia Keys! Noddy Holder is up next to announce the Radio 2 voted Best BRIT album of the century, and gives it to Oasis with their

triumph ‘Whats The Story Morning Glory?’. Although Liam Gallagher didn’t seem to excited as he threw both the BRIT award & the stage microphone into the audience.

Kasabian are next up to perform, singing their hit single ‘Fire’, with Tom Meighan showing off his new shaven head! Overall the performance looks very ‘rock ‘n roll’,  with imitation fire lighting up the stage, outlining each members slimline rock look! Guitarist Serge Pizzorno looks very neat in his skinny white jeans accompanied by a Beatles styled Rickenbacker guitar. Yet another advert break is creeping upon us, more soon!

For His Glory Teaching Resources