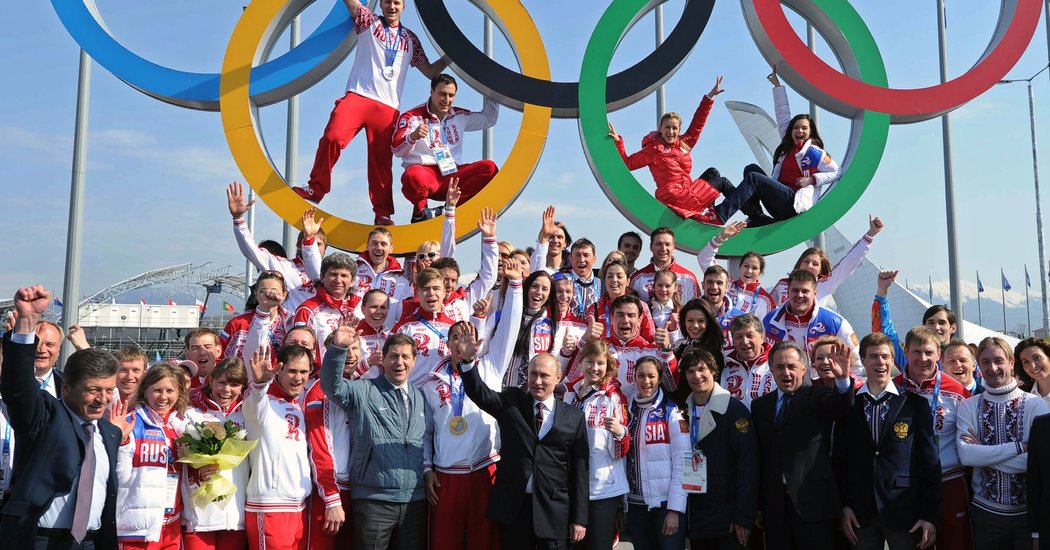 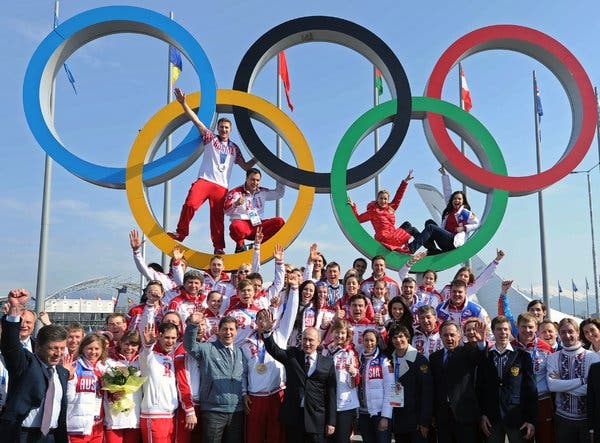 LAUSANNE, Switzerland — “What do you think about your new president — you are shocked?”

The man posing the question to me was Mikhail Kusnirovich, owner of Russia’s largest department store. He and Donald Trump had tried to strike a deal to bring the Miss Universe pageant to Red Square years before, he said. He went on to answer his own question. “I think he’s going to be good.”

It was December 2016 in Mr. Kusnirovich’s office overlooking the Kremlin, weeks before United States intelligence agencies would publicly conclude that Russia had interfered in the election in the interest of tilting it toward Mr. Trump. Nesting dolls with the American president-elect’s face stared out of stalls at the holiday markets. But the topic at hand for me was not election meddling but rather Russia’s sophisticated cheating at the 2014 Winter Olympics in Sochi.

Russia’s two subversions, of global sports and American democracy, have more in common than you may think. Both involve intelligence agents, Russia’s will to win and the same cyberespionage team. Both have prompted millions of dollars of investigations and challenged public confidence — in the purity of sport and in the strength of democracy.

The two breaches are at the heart of how President Vladimir Putin has suggested he wants to reclaim Russia’s past: by weakening Western democracy and dominating world sports.

Mr. Kusnirovich belonged to a group of prominent public figures focused on restoring Russian sports to good global standing. The group was created last summer by Mr. Putin after revelations that the nation had stolen medals in Sochi by relying on steroid-laced martinis, hundreds of ounces of stockpiled clean urine and the overnight stealth of the country’s Federal Security Service.

The Kremlin dismissed the details of both schemes as “absurd,” but on Tuesday Russia was barred from the 2018 Winter Games for its state-backed cheating. Some individual Russian athletes may compete independently in neutral uniforms, but the Russian flag will not appear when the Games begin in Pyeongchang, South Korea.

The details of the sports scandal — deconstructed by Russian whistle-blowers who have provided rare insider insights — offer perhaps the purest case study of Russia’s drive to dominate, its brazen methods and, in part, its motivation to influence the American presidency.

In a declassified intelligence report released early this year, United States officials said Russia’s attacks on the election had been, for Mr. Putin, partial payback for the doping scandal, which he repeatedly called an American-led effort to defame Russia. Last month, as new medals were stripped from Russian Olympians, Mr. Putin said the disqualifications were the United States’ attempt to undermine his re-election.

In scrutinizing Russia, sports and antidoping officials have said they acted on objective forensic and scientific evidence of Russia’s fraud: documents, data, lab analyses and glass bottles of urine with telltale signs of tampering. Just as allies of the special counsel Robert Mueller have done this year in the context of the election inquiry, the officials have defended their impartiality and interest in plain facts.

Three key whistle-blowers helped provide those facts: Grigory Rodchenkov, Russia’s former longtime chief antidoping chemist, as well as Yuliya and Vitaly Stepanov, a former Russian runner and a former employee of the nation’s antidoping agency. All now live in the United States, in undisclosed locations from which they have spoken openly about years of coordinated cheating. The Justice Department, too, has taken interest in their evidence.

Dr. Rodchenkov, whose personal diaries cataloged each day of cheating in Sochi, came to the United States

only after Vitaly Mutko — Russia’s deputy prime minister and former sports minister — asked him to resign in light of growing global suspicions about the extent of the nation’s cheating, which the chemist had helped mastermind.

“Today we also have a meeting, how to come from defensive to offensive,” Dr. Rodchenkov wrote to me in an email on Nov. 10, 2015, having initially denied wrongdoing in our early exchanges. At that meeting, Mr. Mutko effectively dismissed him and set off a dramatic chain of events: “Freedom!” he wrote in another email that night.

Dr. Rodchenkov’s tell-all account, reported in The Times in May 2016 and detailed in the documentary “Icarus,” culminated in Russia’s Olympic ban this week. It was instrumental in motivating some Russian officials to temper their rigid denials and acknowledge that an “institutional conspiracy” had existed, though they maintained it had not been state sponsored.

Still, before this week’s final sanctions were announced, global athletes, antidoping advocates and some sponsors had expressed concern about a growing crisis in international sports, pointing to the long delay by both regulators and Olympic officials in responding to evidence of widespread cheating that went even beyond Sochi.

As those critics wondered when or if sports officials would penalize Russia for its systematic transgressions by rescinding Olympic medals and condemning the state-supported schemes, they questioned not just fundamental frailties in drug-testing controls but also the independence of antidoping authorities.

One year later, similar basic questions about separation of power have taken on renewed relevance in American politics as a result of Russia’s breaches. Those questions have followed Mr. Trump’s repeated attacks on the independence of the Justice Department, in defiance of the post-Watergate norms intended to insulate law enforcement from partisan and personal agendas.

Other sports officials, such as the president of skiing’s governing body, initially told me that the evidence on Russia was conspiratorial or “too Hollywood,” just as some Republican lawmakers have doubted the legitimacy of Mr. Mueller’s mandate.

In drawing out his decision-making until this week, Mr. Bach called for due process and stressed the importance of giving Russia a fair chance to defend itself.

One defense came just after the early penalties for Russian athletes at the 2016 Olympics: a set of cyberattacks. A group known as Fancy Bear — which American intelligence officials tied to Russia’s main military intelligence unit, the G.R.U. — published the hacked private medical records of top American athletes, as well as the private emails of antidoping officials who had lobbied for a ban on Russia.

The hackers — the same group that stole emails from the Democratic National Committee’s servers and released them ahead of the 2016 election — called the athlete records proof of illegal drug use by stars such as Simone Biles and Serena Williams. All athletes had received necessary clearances to use the substances in question, and none of the information constituted a violation.

In a fiery interview in Moscow last year, Mr. Mutko, the former sports minister and current deputy prime minister, echoed Mr. Putin, arguing that Russia had been disadvantaged globally. In sports as in all things, he said, the decks were stacked against the nation.

This week, he was barred from attending any future Olympics, though he remains at the helm of Russia’s 2018 soccer World Cup.

“Somebody has to take the responsibility,” he said in July 2016, three months before Mr. Putin promoted him. “There must be a master at home.”