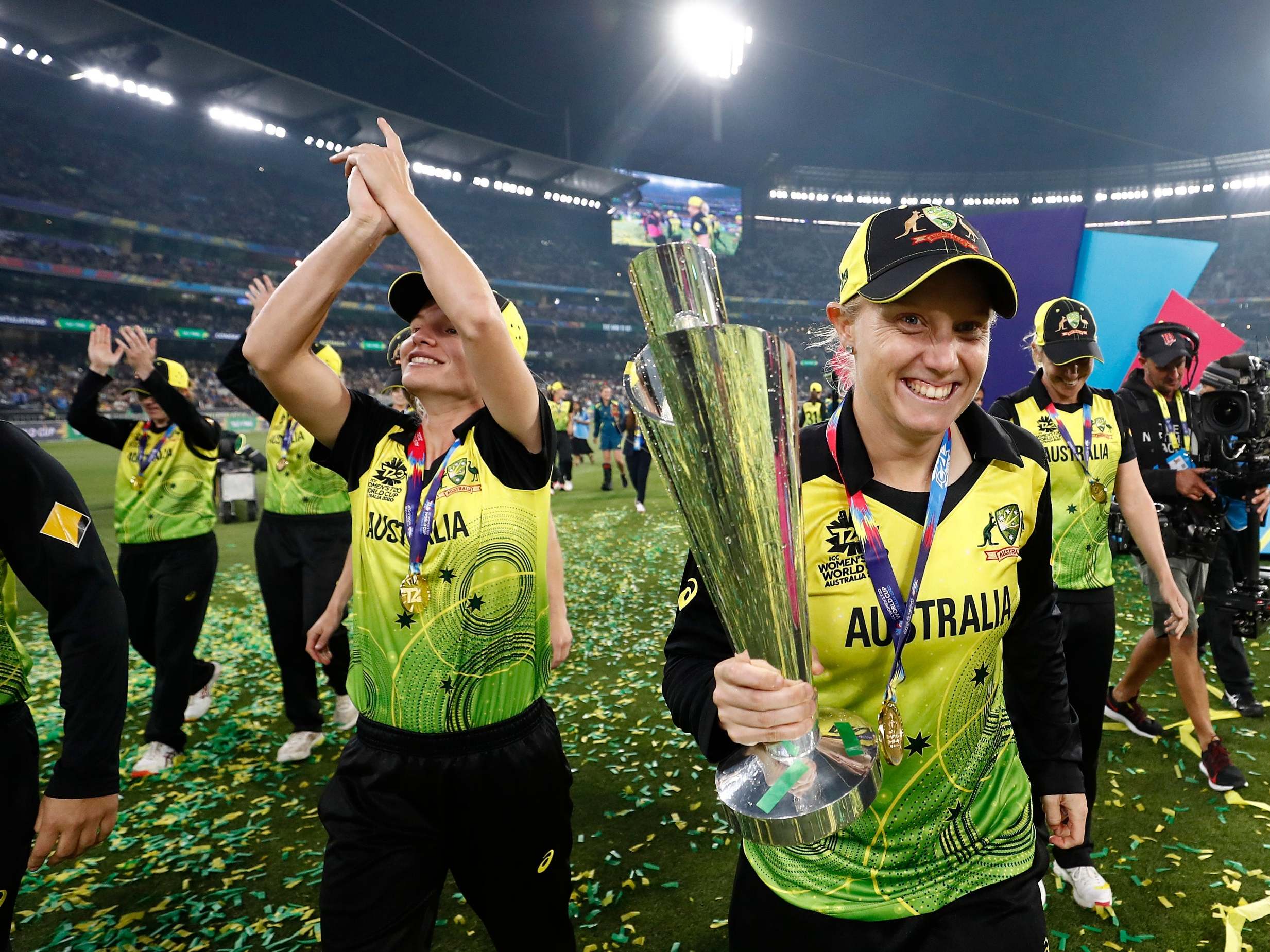 The International Cricket Council had been hoping to set a world record for the biggest attendance at a women’s sporting event, on the occasion of International Women’s Day. The crowd figure of 86,174 fell short of the 90,185 fans who attended the world cup soccer women’s final between the United States and China in Pasadena, California, in 1999.

But the fans still managed to help create a national record on an historic occasion in Melbourne as women’s cricket took another leap forward, thanks mainly to the breathtaking batting of Alyssa Healy. The opener belted 75 off 39 balls including a record half-century off just 30 deliveries.

In reply, India suffered at the hands of Australia’s sharp fielding, slumping to 30-4 in 5.4 overs before being bowled out for 99.

Player-of-the-match Healy, who battled poor form in the build-up to the World Cup, said she fed off the enthusiasm of the huge crowd.

Healy’s opening partner Mooney was named player of the tournament after scoring 269 runs at an average of 64.75.

Healy had been dropped at cover before reaching double figures. Healy, niece of former Australia test wicketkeeper Ian Healy, made India pay by setting a record for the fastest 50 in an ICC final.

Mooney and Healy posted their century partnership in the 11th over, as Healy clubbed three sixes in consecutive deliveries in a 23-run over from seamer Shikha Pandey.

Healy fell for 75 in the following over, after holing

Spinner Deepti Sharma removed Australia’s captain Meg Lanning (16) and Ash Gardner (two) in the 17th over. Rachael Haynes also departed cheaply in the 19th over, in leg-spinner Poonam Yadav’s only success of the innings (1-30).

Mooney remained unbeaten to guide Australia to 184-4. Mooney was also dropped before she reached double figures, offering a return catch to Rajeshwari Gayakwad on eight.

In contrast, Australia took its early chances, as 16-year-old Shafali Verma fell to a sharp chance by wicketkeeper Healy in the opening over.

Jemima Rodrigues (0) and Smriti Mandhana (11) also departed cheaply, and Taniya Bhatia retired hurt on two with concussion after a blow to the neck following an attempted sweep.

Spinner Jess Jonassen (3-20) made a huge breakthrough as India’s skipper Harmanpreet Kaur was caught at deep square-leg for seven at 30-4.

India’s captain Kaur, on her 31st birthday, said her side’s poor catching display had been “unfortunate”.

Australia’s skipper Lanning said there had been a “lot of expectation on us”.

“It was tough, definitely, especially after we lost that first game (to India),” Lanning said. “This day is certainly the best of my career so far.”

Both captains said they hoped to see a women’s domestic Twenty20 tournament established in India, similar to the high-profile men’s Indian Premier League.

“If there was an IPL to happen, that would be great,” Lanning said. “It’s the next step for the women’s game and we’d all love to be involved.”

Song Stories – From Glory to Glory