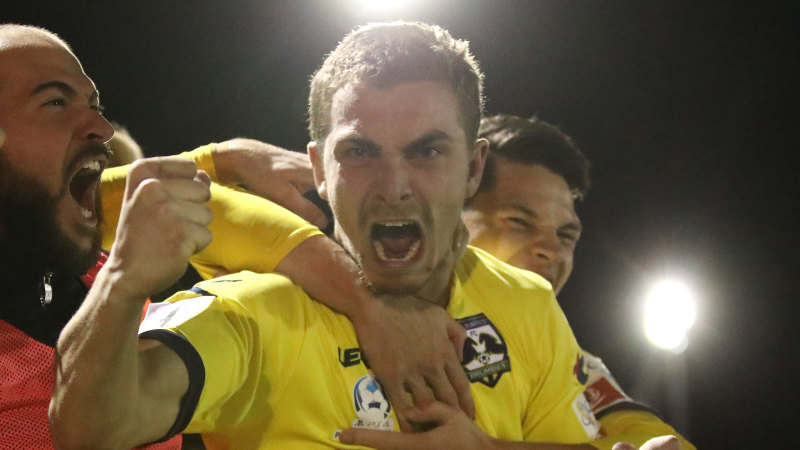 Hills United FC has confirmed to the Herald that an approach was made to them last year by the London Football Exchange (LFE), the group who claim to have reached an agreement with Glory owner Tony Sage to buy a majority share of the reigning A-League premiers. 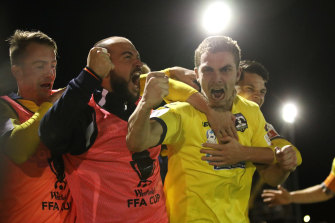 LFE and their flamboyant frontman, Jim Aylward, are aiming to build a City Football Group-style family of clubs around the world, with top-tier outfits in England and France their next acquisition targets.

But last year, LFE were in talks to inject a six-figure sum, sources have told the Herald, into Hills United, who play in the second division of NSW football.

“The predominant purpose of that engagement was junior development, recognising the huge population growth out in the north-west,” Turnbull said.

Hills United are coached by former Central Coast Mariners captain Patrick Zwaanswijk, have Socceroos legend Alex Tobin as their technical director, and are renowned in NSW football community for their emphasis on youth programs.

“LFE reached out to HUFC during our season last year and after discussions they showed interest in supporting our development pathways,” club president Tristan Rimmer said.

“No commitment by either parties has been made at this stage.”

Quite why LFE would take an interest in a club as obscure – in world football terms – as Hills United is one of many mysteries surrounding the group, who describe themselves as “the

Revelations of two other failed bids to acquire clubs in France – Ligue 1 sides Nice and Nantes – have raised alarm bells inside Football Federation Australia, who need to give their approval for the Perth deal to become a reality.

On both occasions, LFE were unable to provide the required bank guarantees, and the owner of Nantes voiced concerns about their “seriousness and credibility”.

Sage, meanwhile, appears to be talking down the prospect of selling 80 per cent of the Glory to LFE.

In a statement released by the club, he said claims that a deal had been done were “fake news” – even though the A-League side themselves ran a story on their website with the headline, ‘London Football Exchange announce deal to buy Glory.’

Sage stressed he had not yet sent any written material regarding the sale to FFA for perusal, but that hasn’t stopped LFE and Aylward from proclaiming they had already gained FFA’s approval.

Sage also said he wasn’t sure if LFE’s proposal to build a cryptocurrency-based football “ecosystem” would actually work.  He was made chairman of LFE last month.

“Any new concept that people don’t get, we are all sceptical about, myself included, hence my trip to London for 3 days to check them out,” he said in the statement.

“Remember Mark Zuckerberg was also laughed at and ridiculed when Facebook started. The whole blockchain crypto world was supposed to be dead 6 years ago, but it thrives.

“I don’t get it myself, but it does seem to work.”

Vince is a sports reporter for The Sydney Morning Herald.