Get ready to adventure in the grim darkness of the distant future. The updated version of Wrath and Glory has a release date–later this week!

The Gilead System beckons, will you answer the call? Alright folks, this is one we’ve been looking forward to for a while here at BoLS. Wrath and Glory, the 40K RPG that’s recently been taken under the wing of Cubicle 7, license holders for all the Warhammer worlds: Fantasy, 40K, even the Age of Sigmar, is finally here. Launching “later this week” the book’s .pdf release will be out in the wild. Gamers who bought the first edition of the game digitally will receive a free updated version; those who purchased a hardcopy only will have access to a free pdf that highlights the changes. All this comes from a recent announcement from Cubicle 7. Let’s take a look.

We are excited to announce that the PDF for Warhammer 40,000 Roleplay: Wrath & Glory will be released next week! You will be able to pre-order your copy of the book and get hold of the PDF so you can get started straight away!

As promised, we will add the new PDF to the existing one on DrivethruRPG so those who purchased the previous Rulebook can access it through their Library. If you bought only the physical copy previously, we are working on a free PDF to highlight the changes and will release this soon too.

Here’s a look at a little of what’s different in the revised rules: 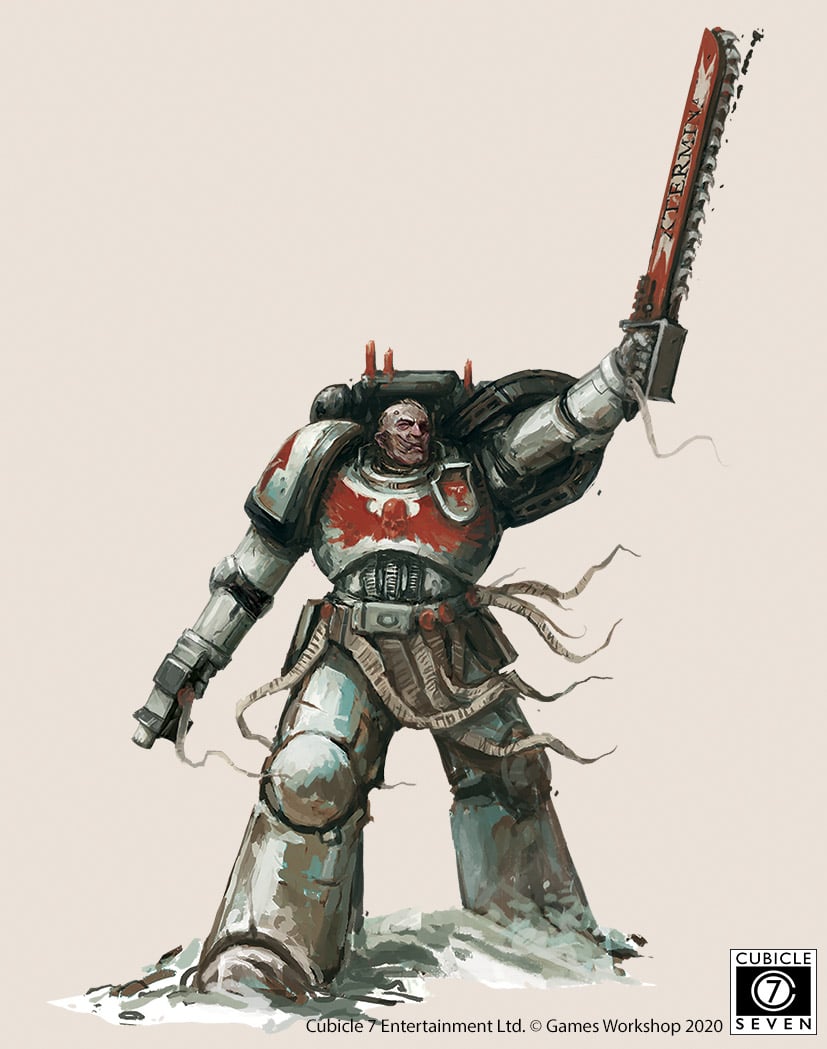 Wrath & Glory is the story of the Gilead System, eight Imperial worlds cut off from the Emperor’s light by the Great Rift. The new Rulebook focuses on the Gilead System, allowing you to tell your own stories in a society beset by daemonic invasion and internal corruption.

Character Creation has been streamlined, with a focus on Frameworks. With so many choices of who and what you can play, you’ll want to decide the focus of your game early!

The Factions Chapter is a primer on life in

the 41st Millennium, detailing each of the organisations vying for supremacy in the Warp-torn Gilead System. Here you’ll find expanded background options for every Faction, each of which provides a bonus during play. 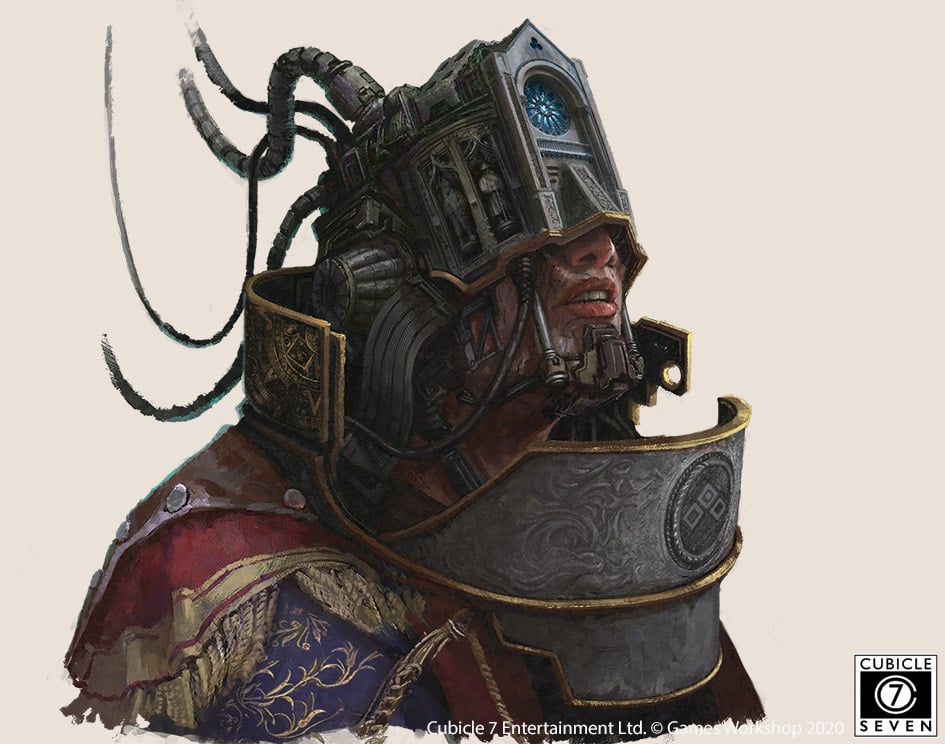 The Archetypes you know and love have been presented in an easy-to-read, single-page format. All requirements have been removed, and extra bonuses have been added to complement the slight changes to Wrath & Glory. The Attribute, Skill, and Talent suggestions are ideal for guiding new players through making a character, or building quick NPCs on the fly.

The Wrath & Glory Talent list has been massively expanded into an entire chapter for a greater range of character customisation. Some of these are classic Warhammer fare we know and love — tearing through armour, proficiency with blazing promethium, and, of course, MORE DAKKA! There are other choices for investigative or social-based games. Talents like Conversational Cogitator bring the focus back to roleplaying, letting you use the augmetics of your mechanised mind to calculate the best response in any conversation. 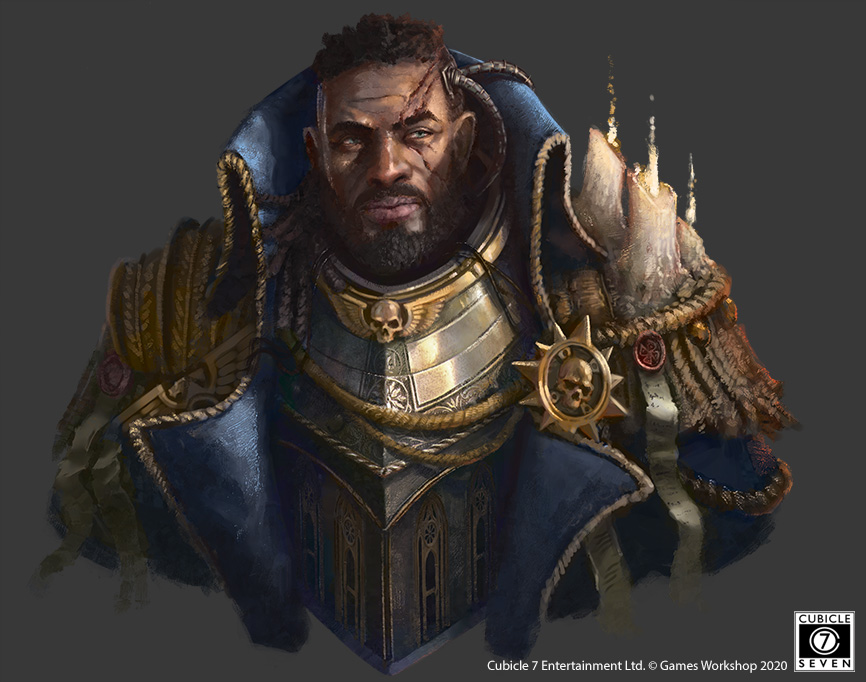 Once you’ve survived a few adventures (hopefully without losing too many limbs), you’ll have gathered some Experience Points (XP). The new Advancement chapter has overhauled the Ascension system, allowing you to change Archetypes, take new Ascension Packages, or just spend your XP on cool stuff. The system is designed to be both robust and flexible to suit any group.

The essential Rules have been reviewed, edited, playtested, and presented with a focus on clarity and quick understanding. Very little has changed bar a few simplifications, which will mean you’re using the book less and your imagination more.

Combat is around every corner in the grim darkness of the 41st Millennium. We’ve gone through all the errata for Wrath & Glory, taking the same approach as with the Rules. Combat is largely unchanged, apart from simplification, clarification, and some cool new optional rules, including an entirely new Stealth system.