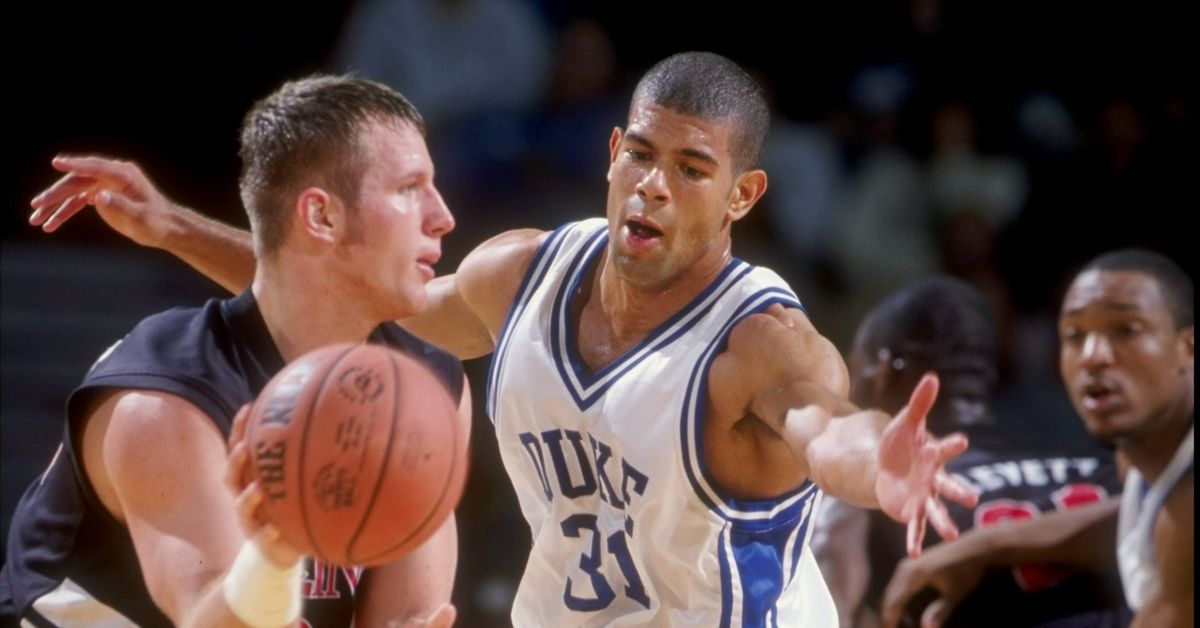 Editors note: we listened to the first episode of this and while we’re obviously biased – it’s on our site and it’s a Duke story – we think it’s a tremendously well done show. Jason Evans deserves a lot of credit for the time and effort he put in on this. It’s a significant accomplishment. We’re certain that you’ll enjoy it as much as we did.

The Duke Basketball Report Podcast releases episode 1 of Return to Glory: The Story of the 2001 Duke Blue Devils. Host Jason Evans interviewed every member of the 2001 team, leading them on a stroll down memory lane as they look back on what it took to reach the

pinnacle of the sport and win a national title.

In episode 1, the team reflects on the lead up to the 2000-01 season, the motivations they got from previous failures, and how they prepared to begin practice that season. You will hear from Shane Battier, Jay Williams, Carlos Boozer, Mike Dunleavy, Nate James, and many other members of the team.

Look for new episodes of Return to Glory on the DBR Podcast feed every week throughout the summer. Now is the time to subscribe to the DBR Podcast so you don’t miss any of them. Also, the podcast crew wants to hear from you. Email them at DBRPodcast at gmail-dot-com.

Fred Akers, Texas coach who flirted with glory, dies at 82